Doggo is one of the crazy bosses in DEEER Simulator. The adorably brutal K9 appears once you've beaten the cops three times and caused enough mayhem to reach A-level destruction. But how to beat the mighty Frankenstein that is Doggo and get the Musicians of the city ​​of Bremen?

This DEEER Simulator Quick Guide will walk you through how to unlock and beat Doggo, providing tips that will make this boss fight much more manageable than normal.

How to Spawn Doggo in DEEER Simulator

First things first: you'll want to unlock Metal Deer to beat Doggo. Destroying vehicles to get the handguns, submachine guns, and assault rifles will give you the firepower you need, but Metal Deer has a jump and dodge jetpack that really helps in combat.

You can unlock Metal Deer as soon as you start DEEER Simulator, and it makes it easier to get to destruction level A because you can melt down buildings with its machine guns.

Having Metal Deer also helps fight the cops at level 3, as you'll be up against dozens of sheep, several polar bears, and a sniper detachment of rabbits.

Once you beat the cops at Level 3 and reach Kill Level A, Doggo will immediately spawn on the foggy deserted island to the right of the Red Pagoda near Heli Station.

How to Beat Doggo 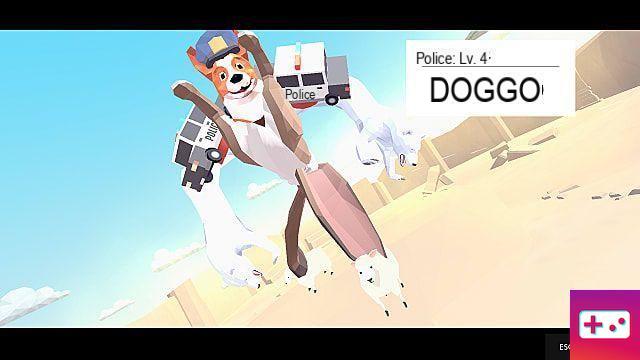 The best thing to do here is to use Metal Deer to constantly dodge around the arena. To dodge in Metal Deer, first hold "Shift" on PC or LT/L2 on Xbox and PlayStation. Then use WASD or left control stick to move around. this will help you stay clear of most Doggo attacks.


To damage this boss, aim for the police cars on their shoulders. Shoot them with Metal Deer's machine guns until they burst to reveal red buttons. Once those red buttons appear, Doggo's extendable arm attack will get stuck in the ground.


When their arm gets stuck in the ground, red arrows appear, signaling you to climb onto the arm and press the button. It's best to use Metal Deer's jump ability to reach Doggo's shoulders, as it can be easy to fall if you naturally climb. Note that you only need to touch the police cars to activate the buttons it seems.

Once you press the two red buttons, the boss will return to its original shape and spin around. Just keep shooting to beat Doggo in DEEER Simulator!

add a comment of DEEER Simulator: How to Beat Doggo