Genshin Impact: Skills, Talents, and Rise of the Ganyu 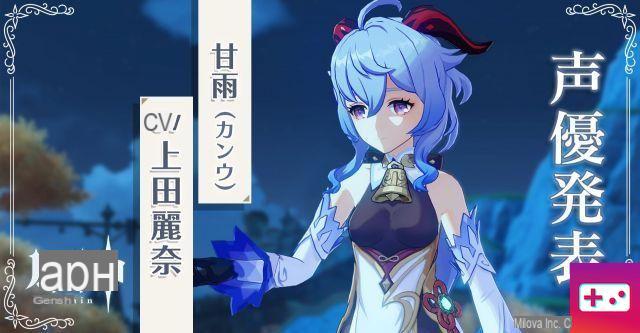 Genshin Impact Version 1.2 isn't that far off. The last banner was the last two characters from version 1.1, Zhongli and Xinyan, although nothing has been confirmed, we think it's safe to say that the next banner will feature either Ganyu or Albedo!

Ganyu is currently a 5 star Cryo item user who uses a bow. This lady first appears in Chapter 1 of Archon Quests, Act 2: Farewell, Archaic Lord. If you haven't contacted her yet in the story, she works as Ningguang's secretary, otherwise known as Lady Qixing.

Ganyu leaves behind a single Ice Lotus, as she dashes back, evading any impurity and dealing AoE Cryo damage.

Ganyu merges atmospheric frost and snow to summon an ice soul gem that exorcises evil. For the duration of its ability, the Ice Soul Gem will continuously rain down ice shards, knocking enemies in an area and inflicting Cryo DMG.

For Talent and Ascension gear for Ganyu, check out our early farming guide for Ganyu!

add a comment of Genshin Impact: Skills, Talents, and Rise of the Ganyu