The With Friends Like These quest in Skyrim has you deciding who to kill for Astrid, a decision that many players struggle with. This quest can be resumed after the Lost Innocence quest and eventually leads you to join or destroy the Dark Brotherhood.

After killing Grelod the Kind in Innocence Lost, return to Aventus Aretino in Windhelm who will give you a family heirloom. Once you are done, several triggers are possible: 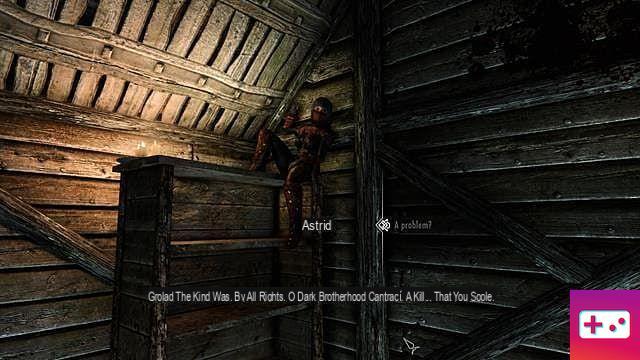 When you wake up, you'll notice that you're in a totally different place - the abandoned cabin to the west of Windstad Manor. Yes, you have been kidnapped by Astrid, a Dark Brotherhood agent. This starts the With Friends Like These quest from Skyrim.

Astrid tells you that the Grelod the Kind was supposed to be the target of an assassin, but you stole that murder and now it has to be repaid in blood.

Behind you, you will see three hostages lined up against the wall. Astrid says one of them has a contract on their head. Guess which one: 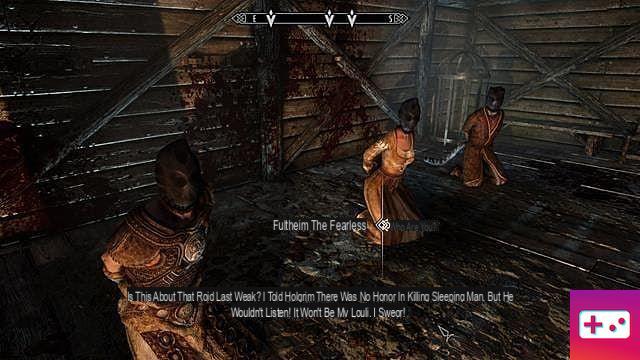 To be clear, it doesn't matter which hostage you kill in Skyrim's With Friends Like These quest. In fact, you might even kill two or all three, and Astrid will comment on your decisions. She's just glad you followed her order.

In our opinion, however, we think Fulheim the Fearless is the one marked for death. Although he had a great title, the mere fact that he was the only one cowering and begging out of the three seemed suspicious. 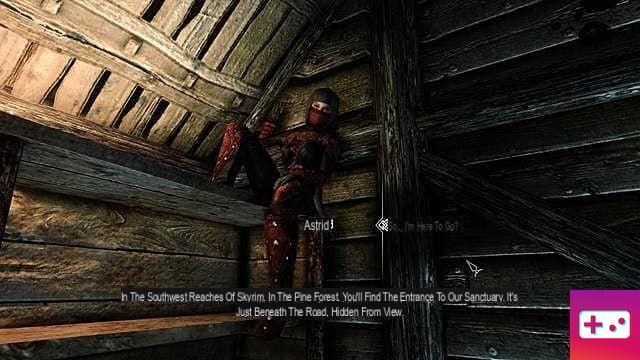 Sanctuary or Destroy the Dark Brotherhood

Either way, you can talk to Astrid once you're done. You will receive instructions for the Dark Brotherhood headquarters just west of Falkreath.

This leads to the Sanctuary quest where you will join the faction as one of its assassins, subsequently unlocking several objectives and rewards.

Alternatively, if you decide to kill Astrid, you'll get a quest called Destroy the Dark Brotherhood. You should report this to any guard and then report to Commander Maro. You'll still visit the Dark Brotherhood headquarters, but you'll need to take out most of the agents inside.

That's it for our guide With friends like these. If this is helpful to you, check out some of our other Skyrim guides here on GameSkinny.

Audio Video Skyrim: With Friends Like These Guide
Skyrim: How to Create a Fish Hatchery ❯