What is the release date of Evil Dead: The Game? 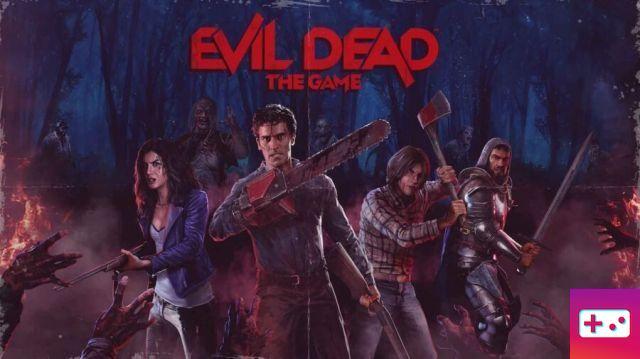 A video game based on the Evil Dead franchise will be developed by Saber Interactive using the Unreal Engine. The game will feature both player versus player (PVP) and cooperative gameplay.

The game is scheduled for release on PC, Nintendo Switch, PlayStation 4, PlayStation 5, Xbox One, and Xbox Series X/S in February 2022.

The gameplay will consist of a team of up to four heroes who must slay the Deadites and collect the Book of Dead pages to banish the demon Kandarian. Players can play as the heroes or the Deadites, with the latter team trying to stop the humans from achieving their goal. They can also become a demon themselves and possess other players.

Every studio that has created an entry in the series, Renaissance Pictures, Studio Canal, STARZ and MGM, is involved in this project. Similar to previous entries in the series, this game features plenty of gore, humor, horror, and action.

This extra time also allows us to implement a single-player option that will allow you to enjoy the game when you are without your co-op mates.

Originally, the game was scheduled for release in 2021, but the developers decided to include a single-player component, which delayed the game. This is good news for those who are not only interested in kill and want to know more about the movies universe.


For more on games that bring the horror element to life, why not check out Best Dead by Daylight Killers here on Tipsforallgames!

add a comment of What is the release date of Evil Dead: The Game?