Will Raiden Shogun be a weekly boss in Genshin Impact 2.5?

Genshin Impact update 2.5 is fast approaching, and based on leaks circulating, it's shaping up to be an update. Update 2.5 seems to be bringing a lot to the table, like new character Electro Yae Miko, but there's something else pretty exciting on the horizon – a new Raiden Shogun boss fight should be on the way. along with the update. 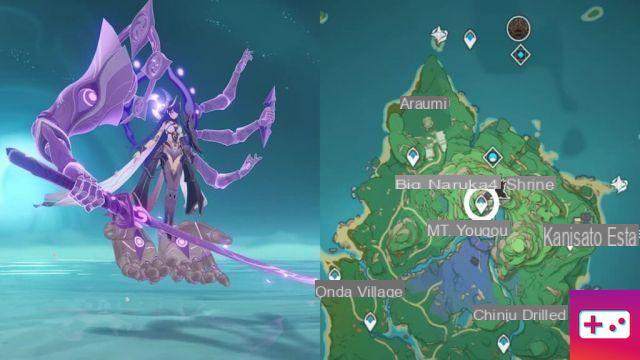 Related: Which Characters Will Have Less Revealing Alternate Skins In Genshin Impact

According to well-known Genshin Impact leaker @Ubatchi1, players can expect to encounter the Raiden Shogun in a whole new way in Update 2.5 – it looks like Raiden Ei will be added as a new weekly boss in the game. Trounce domain in Genshin Impact, with a new look and abilities. Although it has not yet been confirmed by MiHoYo, the data contained in Genshin Impact has given some players early access to information about this highly anticipated boss fight and what can be earned as rewards for victory. .

Raiden Ei appears to be using a new form in the upcoming boss fight, sporting a more mechanical look reminiscent of Raiden Mei's Herrscher appearance in MiHoYo's Honkai Impact. According to the game data, she will also use a few new techniques, one of which appears to be extremely devastating: a modified version of the Musou no Hitotachi that ignores shields and can stop time itself. Based on leaked gameplay footage, this attack is even capable of killing Zhongli, the current Shield King in Genshin Impact, with a single hit.

Along with an exciting new battle to experience, it's been speculated that players who emerge victorious from the brawl against the new and improved Raiden Shogun will be able to obtain Character Ascension Materials for upcoming characters Ayato Kamisato and Yae Miko. , according to data pulled from Genshin Impact. From what we've seen so far, the new Raiden Shogun fight will be a real fight for survival, but with unique mechanics and exciting rewards.


This information is speculation and should be taken with a grain of salt, as MiHoYo's final product may differ from information found so far. For future updates on Genshin Impact 2.5, be sure to check in here at Tipsforallgames! Looking for more Genshin Impact content? Find out everything we know about Yae Miko in Genshin Impact - Abilities, voice actor and more!

Audio Video Will Raiden Shogun be a weekly boss in Genshin Impact 2.5?
Is Rainbow Six Extraction a separate game? ❯

add a comment of Will Raiden Shogun be a weekly boss in Genshin Impact 2.5?