The original Worms was released in 1995. A hilarious, turn-based, physics-filled marvel of destruction in which opposing teams of lovable, heavily armed little worms attempt to kill each other's living hell.

Worms 2 was a huge step up from the original, vastly improving the visuals and generally improving the game in every way. Since then, there have been a few iterations of the game, but all of them (even the brief foray into 3D) have stayed true to the turn-based nature of the original's core gameplay.

Worms Rumble is the first time the series has gone entirely in real time. The results are, unsurprisingly, a mixed bag. Taken from the perspective of someone who has played nearly every Worms game since the original, Rumble is a jarring transition. It's basically an online-only side-scrolling team and free-for-all deathmatch style game. 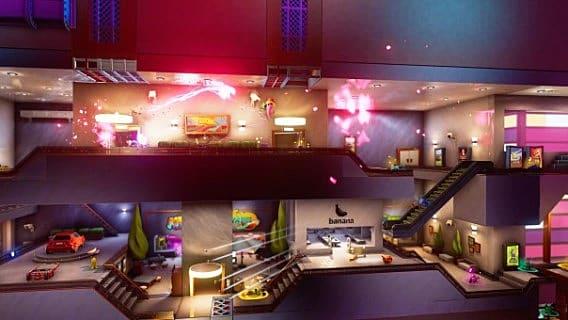 Currently, the Worms Rumble supports 32-player battles on PS4, PS5, and PC in Deathmatch, Last Worm Standing, and Team Battle Royale. The game is also cross-platform, so if you enable the option, it will generate random battles against anyone on any platform. This means that there is always good competition to face. In my tests, there was never a problem finding other worms to kill.

There were no hiccups in matches either. Running at 4K 60fps on PC, PS4 Pro, and PS5, the game looks great, like a modern CG cartoon, and it runs flawlessly. Why the game didn't make it to Switch or Xbox platforms is another mystery, but Worms Rumble is most recommendable to PS+ subscribers.

It launched as a freebie on the Sony service for PlayStation 4 and PS5, making it an easy sell on those platforms. For non-PS+ gamers or those playing on Steam, it's still pretty cheap at around $15, but that cheaper price comes with a lot of flaws.


For one, there are only a few maps to fight on. Granted, Team17 has a roadmap of free content drops, including new maps, through March 2021. There's also "the Lab," which is essentially a daily event with themed weapon-focused matches and specific objectives.

The maps included are really good. Shipyards, an explosive rocket shopping mall, and other strange locations are suitable for clumsy worm-based combat. The maps are heavily focused on multi-level structures, with air shafts and other hiding places, and are full of weapons and power items that spawn regularly.

Shotguns, machine guns, classic bazooka, exploding sheep, baseball bat, holy hand grenades…the insane array of weaponry this series has amassed is largely untouched in Rumble. The game also keeps statistics on your use with each weapon, and players earn XP for individual weapons.

Your worm character also levels up. Along with showing others your experience and expertise with the game, each new level earns customizable gear for your worm and weapons. There's a huge range of new skins, clothing, paint jobs, and more. This provides an insane number of ways to differentiate your worm, from tattoos, hats, and glasses to full face masks, skins, voices, expressions, and more. 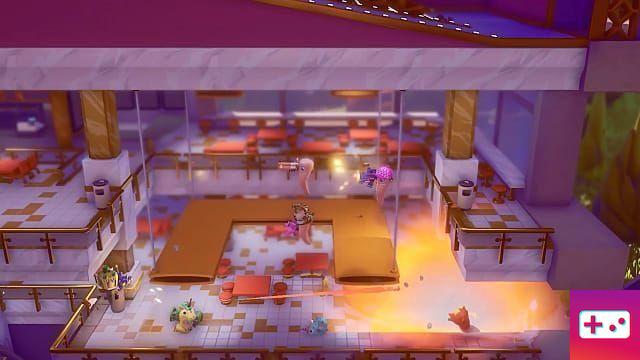 The transition from familiar Worms gameplay to real-time combat is generally successful. Using classic gear like the Grapple Gun or Rocket Pack to get around is always a hilarious endeavor. The intensity is increased as other people try to kill you at the same time as you maneuver.

A massive omission in the classic game, however, is the lack of destructible environments. In previous games, you could theoretically destroy the entire randomly generated battle island. The levels here are set, not random at all, and nothing beyond minor items like parked cars can be blown up.


It feels like a lost opportunity and takes away what made those previous games so spectacular. Game matching is another issue. Although you can invite friends to join a team, there is no real way to organize or control a match. You simply choose the game mode and the game matches you with enough players on a randomly chosen map.

There is no option for match creation. Previous games let you customize not only the map (or the map theme actually, since they were created randomly), but also weapon drops, items, time limits, number of players , etc There's also no single-player component here, which is also disappointing. Rumble's multiplayer is also entirely online, so no split-screen matches.


It's hard to say how many of these issues could be fixed or improved in the coming months. Team17 will certainly expand the game and add a lot of content, but taking the game as it is now is more difficult. The core gameplay here is really entertaining. The absurd, non-stop action is fun, challenging, even clever, as players learn to deal with the insane variety of weapons and items. 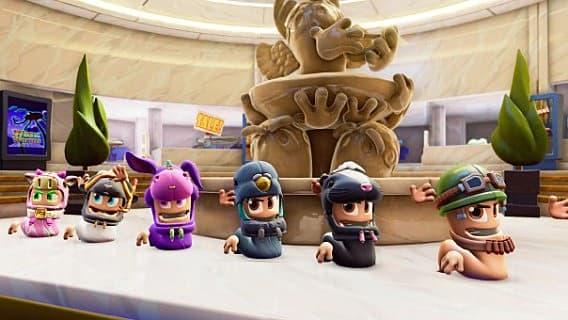 Worms works in real time as a fast, free-for-all side-scroller, even with all the omissions and limitations. Despite all the complaints, Worms Rumble is a ton of fun.

That said, it looks like a slight departure from the main series. For PS+ members, it's worth it, but everyone should approach the game as a work in progress, hopefully in the right direction.

(Note: The PlayStation Plus version of Worms: Rumble was used for this review.)