Deep Shrines are exciting landmarks to discover in Genshin Impact. If you have the right keys, you can unlock these shrines for tons of high-quality rewards! Read on for all six Shrine locations and information on how to get Shrine Keys.

Note: When the three remaining Inazuma Islands are accessible, we will update this guide with any additional depth shrines.

Below is a screenshot of Yashiori Island (left) and Kannazuka Island (right). The four Deep Shrine locations have been marked with red circles.

Below is a screenshot of Narukami Island, where the other two Deep Shrines are in the marked areas. 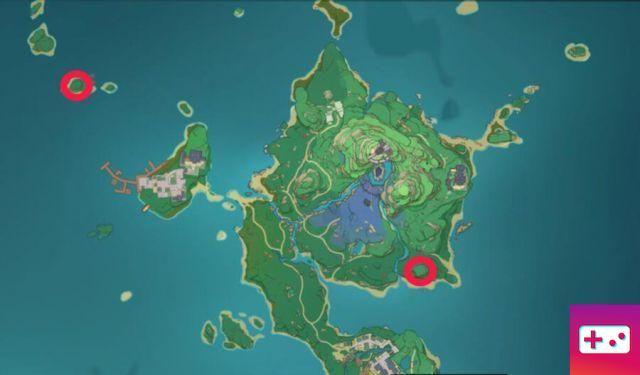 How to get keys for Shrines of the Deep

There are different ways to get keys to Deep Shrines, such as:

Each Shrine of the Deep contains a Luxurious Chest that rewards you with Primogems, Artifacts, and more, so you'll definitely want to collect as many Keys as you can!

Want even more Genshin Impact rewards? Redeem codes for in-game prizes or find out which Genshin Impact character you are most like, which is its own reward, don't you agree?

add a comment of All Inazuma Deep Shrine locations