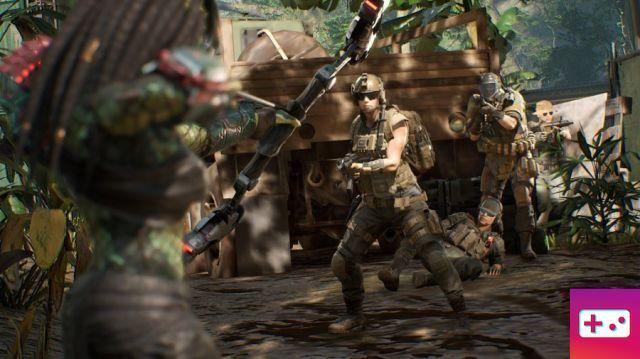 Predator: Hunting Grounds is the first major multiplayer video game Sony has released since MAG on PlayStation 3. And while Friday the 13th: Game developer Illfonic may not be an indie studio, the project is still a statement of intention of the Japanese giant. Having defined the action-adventure genre for a generation, it experiments with different experiences when it can to attract a new subset of players into the ecosystem. Sony is, however, going to have to do better if it wants to succeed. Predator: Hunting Grounds is a game that lacks both content and longevity.

Following in the footsteps of the studio's previous title, it's an asymmetrical multiplayer endeavor that tasks four teammates with defeating classic movie villain The Predator. There's absolutely no single-player content to speak of besides the tutorial, leaving you with just one online mode to play and master. And simply, there's not enough content here to warrant a purchase even considering the discounted price. 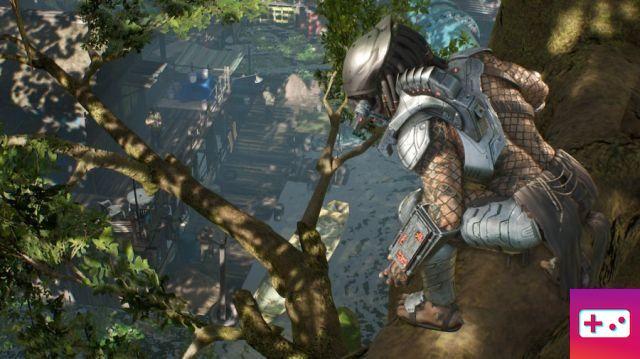 On the human side, matches take the form of a first-person shooter filled with silly objectives to complete. The flavor text makes it look like there are a fair amount of different tasks to check off when in reality they consist of the dullest mechanics imaginable. Gather material in a certain area, collect marked items inside an enemy base, or search for hidden items. And then, of course, you'll have to defend a point while a meter counts down to zero. It's the kind of mindless aiming that has plagued this style of play for years now, and Predator: Hunting Grounds doesn't bring a new twist to the formula.

To be honest with the title, this loop is pretty fun for the first few hours. Teaming up with friends is a blast when you work together to accomplish whatever is asked of you. However, the more you play, the easier it becomes to realize that virtually every match plays out the same. After completing the handful of tedious objectives set before you, it's time to extract – a process that can take as little as five minutes overall. And that's all. There are maybe three to four hours of fun to be had here before its repetitive nature really starts to get to you.


Luckily, there's rarely a dull moment when playing as Predator. From a third-person perspective, it's your job to stop the human team in their tracks by taking them down one by one. You can do this either stealthily, taking each one out as they end up alone, or making your presence known with explosions and aggressive melee attacks. From classic wrist blades and Net Gun to the most outlandish smart discs and combistick, Illfonic has made sure you can recreate classic, gory kills from the movies. 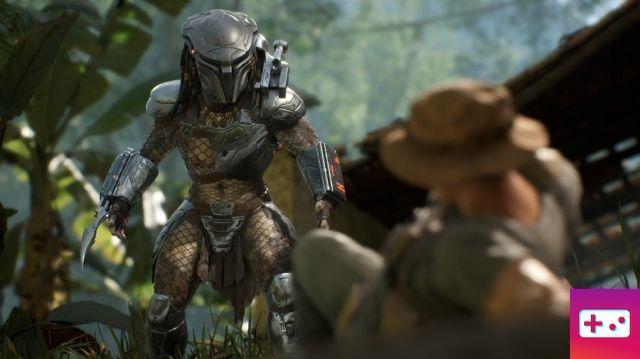 The best thing about playing as Predator is the freedom it gives you while traversing. The stranger can climb trees and jump between branches with ease, making moving quickly around the map like second nature. Equipped with targeting scan, the Predator can quickly lock onto its targets and go to town racking up kills if the human team is unprepared. Additionally, his Invisibility Cloak makes quickly escaping these fights relatively easy. It's safe to say that when a skilled player takes on the role of the Predator, they have as much chance of winning the game as the four teammates cowering in the bushes below.

It can make for an intense experience on both sides of the equation, but there just isn't enough content on offer to facilitate battles beyond a few hours. The game features a single mode and only three maps, all of which look virtually identical. It's not enough in 2020.

An upgrade system allows you to change and adjust your loadout on both the Human side and the Predator side, but even that feels somewhat basic. Your rank will increase at such a rate that the system feels almost meaningless, arbitrarily locking you onto gear and items that, at least from the predator side, seem essential for survival. Although the kind of abilities you unlock don't change the game for humans either. Thanks to clunky and unresponsive controls, aiming and shooting are particularly poor. But at least you don't have to worry about making long-distance shots that only have one chance to connect. That's because dead-brained enemy AI makes combat a joke when you're not up against an actual player. 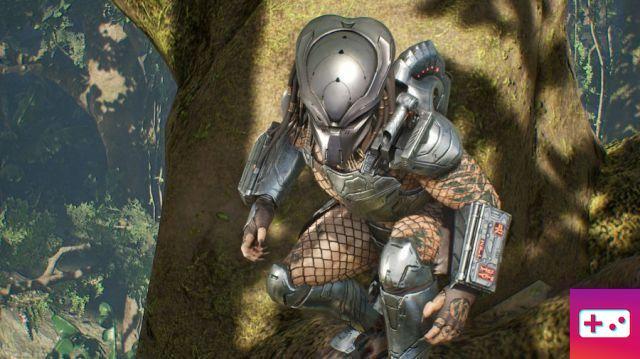 Customization is another of the biggest aspects of Predator: Hunting Ground, and it's one that ties directly into an in-game currency. Earning during matches can be spent on skins for your weapons and new objects and accessories for humans and predator. It can also be spent on loot boxes. Now, the game has no microtransactions at the time of writing, so it's only a performance-based asset at launch. And in his defense, the options available to you are pretty fantastic. Customizing the Predator with warpaint makes it more terrifying than ever, while fun human cosmetic items let you make an avatar feel a bit unique. Whether or not this currency will be buyable across the board remains to be seen, but for now it can be considered a highlight.

The same cannot be said for its technical performance. Minor bugs and glitches are extremely common, with objects floating in the air and subtitles flickering to breaking objectives and refusing to progress. These are issues that we're sure will be addressed with patches along the way, but they make for an experience at launch that feels rushed. A lag of 30 frames per second on PS4 Pro, especially during heated battles, does not provide any additional comfort.

Predator: Hunting Grounds wouldn't be too out of place among the nailed multiplayer modes of the PS3 generation. It offers a handful of fun-filled hours but quickly falls apart as you realize how much content it really lacks. While playing as a Predator and a fair amount of customization may be its saving graces, it's an experience you can safely ignore.