Road 96 Review: The Walls That Divide Us

One of the inherent freedoms of creating an indie game is that you can be more honest about the polarization of the topic. While AAA titles often exploit political themes as shallow backdrops for shootouts, indie teams that make games with political aspirations tend to be more open about their messaging.

Route 96 is an excellent example of such a project. You can't separate its politics from its plot, although as an adventure game its message is sometimes a little confusing anyway.

It seems the Digixart team wants everyone to paint the world in their own political colors and see what kind of landscape results. While the possible branches are impressive, the storylines sometimes feel contrived and adolescent.

Road 96 Review: The Walls That Divide Us

In Road 96, the nation of Petria stands on the brink of a pivotal moment. Far-right President Tyrak is running for re-election, but his fascist ideology has left the country in disarray and as a result many young people are flocking to the northern border hoping to cross in search of salvation. Both the literal and figurative route is difficult, and not every teenager will do it.

You play as half a dozen randomly generated teenagers with different stats, such as spending money, health bar size, and miles to the frontier to begin with. From there, each episodic scene brings you face-to-face with one of many recurring supporting characters.

There are two bandits on a motorcycle chasing a killer. There's a far-right news pundit unaware of the seething hatred some have for her. There's a young girl doing the same hike as your group of teenage girls, and more.

Each scene is generated based on a random part and a player agency part. For example, if you choose to hitchhike, you might come across a young hacker heading in the same direction as you. Alternatively, hailing a cab can land you in the cab driver's back seat with anger issues.


Each playable teenager will encounter several of these characters on their journey, and no journey will ever be the same, not within a game and, most impressively, not between players. These branching paths are always exciting to tackle, at least at first. Sometimes the details of a situation can turn out to be a bit silly against the backdrop of socio-political unrest. 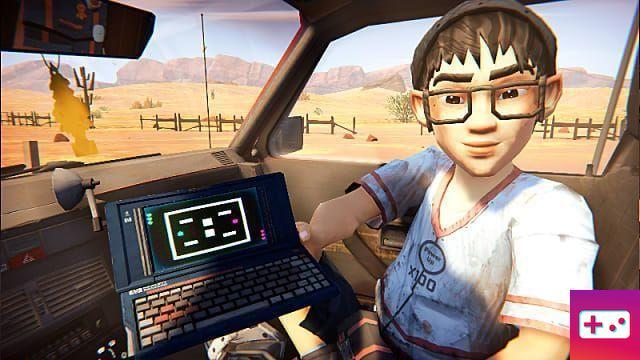 In one situation, I was pushed into the role of cameraman for the state media specialist who was broadcasting live from the scene of a Tyrak speech, but I could undermine it by focusing on the billboards and protesters supporting his opponent, Torres. Eventually, my subterfuge caused an uproar on the stage, but the lasting effect of my actions was a slight increase in support for the Torres ticket.

In another scene, I helped a long-haul trucker and resistance leader flirt with his future cursed girlfriend and state cop like Cyrano de Bergerac. It was cute, but not as poignant as it looked.

Each scene plays out in a similar format: an unpredictable obstacle proverbially lands at your feet, you navigate it in a way that is both politically charged and uniquely gamified, before affecting change in the country as a whole in a unique way. small but measurable.

As the story begins a few months before the election, the game shamelessly says the right-wing candidate is the villain of the story, and the scriptwriters make it easy to avoid any controversy there when Tyrak rounds up and kills teenagers. who cross the border. . It takes what could have been a nuanced political story about the undermining of fascism and turns it into something of a young adult novel, where personalities are exaggerated and everyone is soaked in his Power Rangers-like traits. 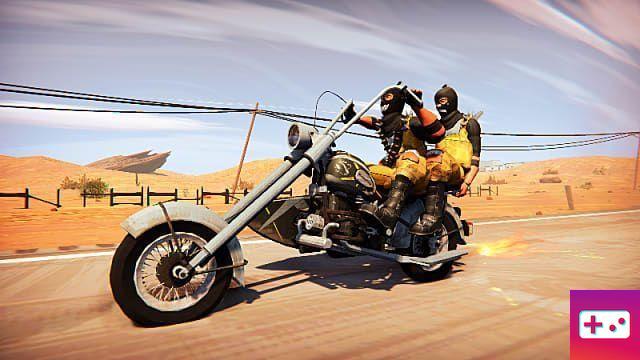 While Road 96's political aspirations falter more often than not, its human stories are told much better. This hacker is determined to sabotage Tyrak's deal, but he's also desperate for information about his biological parents who died in a suspected terrorist attack 10 years prior.

While the game wants to divide players by playing trucker and cop Cupid along political lines, I was more drawn to their nomadic romance as a love story.

Improving those connections is how each story weaves into another. The deeper you get into the game, the more you see how these strangers are all more connected than they realize, and the dramatic irony of seeing the characters themselves converge before is interesting and got me playing Road 96 can't wait to see where it all goes. go.

Interspersed within each episode are any number of mini-games, from recording news footage to hacking to pseudo-stealth. For the most part, these scenes are basically on-rails, with few failure states threatening your progress. But the variety of them is smart, and I felt like from a story and gameplay perspective there was a lot more to see in a second playthrough.

As an adventure game, Road 96 is all about the decisions you make. They're often tough and just as often a bit silly, but the ones that seem the most genuine and heartfelt make Road 96 a success, even if it's for different reasons than Digixart seemed to focus on.


Alongside the main attraction that is the story of the game, the music is often exceptional. An eclectic mix of songs can often be played on demand in the game, as players collect character tapes, often as rewards. With a heavy dose of synthpop but a playlist of multiple artists and genres, the Road 96 soundtrack is one of my favorites of the year. 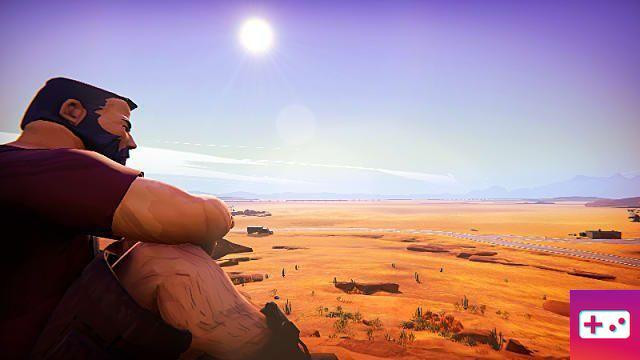 Road 96 sets out to ask tough questions such as "when is violence the right answer to a despotic regime?" and "Is voting alone enough to fix a broken system?" ". But in the end, he never really manages to answer these questions. While its politics take center stage, it was actually Road 96's interpersonal drama that I enjoyed the most.

It's the figurative walls erected by the characters that seem more compelling than the literal story walls on the frontier, but due to the adaptability of the game, it's worth going on your own road trip and see what Petria looks like on election day.

[Note: Digixart provided the copy of Road 96 used for this review.]

add a comment of Road 96 Review: The Walls That Divide Us