Sometimes you wake up, stub your toe and think it's going to be a bad day. Others, a gruesome murder forces you to take a detour on your way home, a tunnel collapses over your head, and you wake up in an underworld where angels kidnap your friend and demons want to devour your soul.

There's a lot less room for doubt about how this day is going to pan out, so you do what any normal high school kid would do: merge with an unknown entity, grow fantastic hair, and bend the world to your will.

Shin Megami Tensei V is both dense and complex, and it's also one of the few RPGs you can't get away from. It takes a while for SMT III and SMT IV to kick in, and even then they move forward at a glacial pace. SMT V only slows down between story beats as you explore and refine your ever-growing roster of pet demons.

The heart of the story may sound familiar to anyone who has read Philip Pullman. It's a story of high, heavenly, and hellish politics, and, as always in Shin Megami Tensei, you're caught in the middle. However, SMT V offers unique qualities in this department.

RPGs building a plot around Western religion are nothing new, nor is Shin Megami Tensei weaving together multiple traditions and philosophies. SMT V's story takes a slightly different path and is more willing to break with its own version of order.

Five minutes after seeing Lucifer descend from heaven and announce that he has murdered God, for example, a monk who looks like he just stepped out of Dragon Ball Z tells you that the Buddha inspired him to protect you. There's a more dynamic mix of ideas shaping Shin Megami Tensei V than usual, and the narrative feels a lot richer for it.

The usual paths of the story are also different. Typically, you see clear strengths and weaknesses in law, chaos, or neutral paths, but they're presented in a playful way designed to make choosing an alignment more difficult. Shin Megami Tensei V's alignments are more complex and nuanced. It's (usually) clear who the bad guys are, but your enemy's enemy probably isn't your friend, or not for long at least. 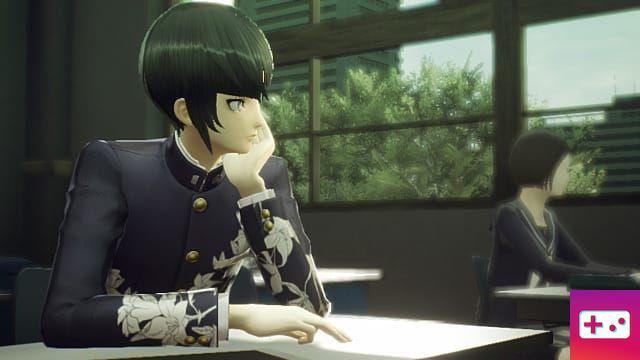 It should also be noted that this is not a happy game. There are no phantom thieves to save the day and little chance of redemption. Instead, you get death, suffering, betrayal, and destruction.

What's most impressive is how SMT V perfectly balances the main narrative with the many subplots. It covers a surprising range of topics, from bullying to the nature of force and the role everyone plays in creating a harmonious society. Almost all of them feel fully fleshed out, thanks in large part to the solid supporting cast.

Atlus took the character criticism from SMT IV seriously and came back with a much more interesting secondary cast. In the previous mainline SMT, and even Nocturne to some extent, your friends exist as clear markers of the end you wish to achieve.

SMT V's characters fulfill specific roles – the weak man who wants to be strong, the stoic, law-abiding student – ​​and you don't spend too much time with them. However, their actions and your interactions with them also seem more natural.

This is partly because of the structure of the story. In SMT IV, things happen around the Mikado group, and they react to them in a way that matches their predetermined moral alignment. Being trapped in an alternate Tokyo only furthers the development of the philosophies everyone has already nurtured in the real world in SMT III. 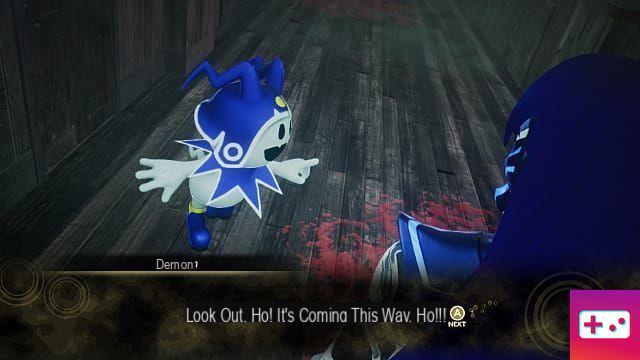 Things happen to the characters in Shin Megami Tensei V, shaping how they react and develop in often surprising ways. It's a much more personal and intimate story, although it's SMT and not Persona. Characters and relationships don't develop much outside of the main plot.

What has developed is the construction of the world of Atlus. Normal Tokyo is the usual mix of small icons on a map and a few 3D locations, but the Netherworld is much bigger and more developed. Exploration is virtually non-existent in previous SMTs, but the underworld is full of secrets, valuable – and sometimes life-saving – items, and interesting side quests to uncover.

You (thankfully) have a detailed map to work with, but getting to some of the best secrets or some demons isn't always easy. There's even a lightweight platform involved. None of this is groundbreaking, of course, but it's surprising how big of an effect these small changes have in making the world of SMT V feel vast, immersive, and even dangerous.

There's a particular fear that one ill-timed jump or taking the wrong turn could land you in a ditch full of bloodthirsty Valkyries or face a demon you shouldn't encounter for another 10 levels. 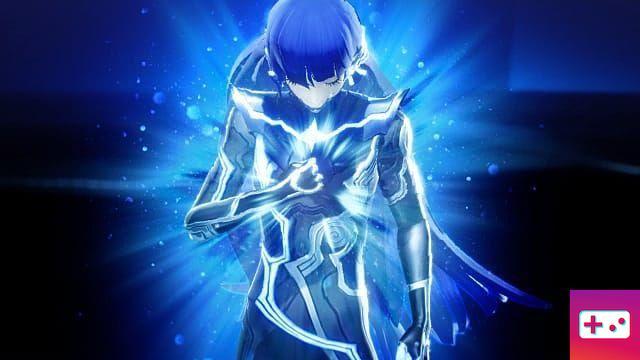 Atlus wanted SMT V to take full advantage of modern consoles, and aside from some stuttering and texture pop-in issues, it's definitely worth the wait. You've only seen a fraction of what to expect from SMT V in previews and such. We can't technically show you the rest just yet, but suffice it to say that the landscapes of SMT V are awe-inspiring and go way beyond variations of crumbling cityscapes, although there are even some surprising variations in those. -this.

It helps that Shin Megami Tensei V is dripping in style. It's not just in the post-apocalypse chic visual style, although there are plenty of them. SMT V is almost sleeker than Persona 5. The Phantom Thieves look brilliant in their escapades, but it's often just on the surface. Shin Megami Tensei V creates its own unique style in everything it does – the big, sinister demon-summoning ritual between you and Sophia, Gustav the talking corpse and his sinister store, even the attacks – or rather, in particular the attacks.

Getting a new move for the Nahobino has always been a delight as they look so cool, and there's even a range of special animations reserved for when you defeat enemies using a particular item.

The demons in Shin Megami Tensei V are a mix of the usual mythological and religious populace with several new demons, although the combat is slightly different from before. Gone is the ruthless Smirk system that grants random critical hits and can completely ruin a good strategy. In its place is the return of Magatsuhi, the energy of the world, and a meter that gradually increases during combat for you and your enemy.

A full Magatsuhi meter lets you pull off special moves or return every critical hit, but your enemies also have a stable of deadly surprises in store. It's an engaging system that makes combat more strategic and rewarding. 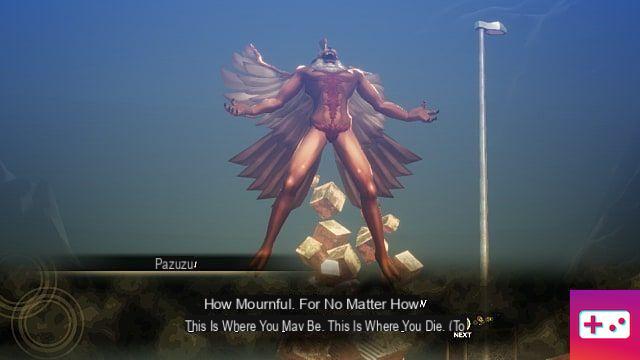 Atlus has also streamlined almost every aspect of demon combat and management, and nowhere is this more evident than demon merging and management. Going back to SMT IV and its cramped and confusing menus after that is nearly impossible, although SMT V reuses some of IV's quality of life features in an even more accessible way.

You will deal with the Nahobino's weaknesses and strengths by absorbing Essence Affinities, as they are no longer tied to gear. Essences also borrow from Persona 5 executions and allow you to teach new skills to existing demons. It's a handy little change that gives you a lot more control over how your party works.

However, you'll need to consider affinities carefully before deciding which skills are best, and that goes for fusions as well. Demon and Nahobino's strengths and weaknesses influence which skills get a boost and which ones are rendered useless, making merging much more complex than usual.

You will need to get involved with your fusions and other aspects of party management as Shin Megami Tensei V is difficult. It's not uncommon to witness a two-phase, hour-long boss fight only to have an unlucky hit send you back to the screen game. Like Persona, SMT V ends if the protagonist dies, so there's an added layer of strategy not only to cover their weaknesses, but in how you approach your defensive planning in major fights.

The casual mode mitigates the challenge, but not much. Luckily, SMT V allows you to swap difficulties at any point in the game where you can access the main menu. However, you, the lucky reader, won't have to deal with this issue as the Safe Mode DLC comes out on launch.

Either way, SMT V never feels unfair. There's a satisfying combat pacing, and while you feel like screaming after losing so much progress, you also know exactly what to do differently next time around. 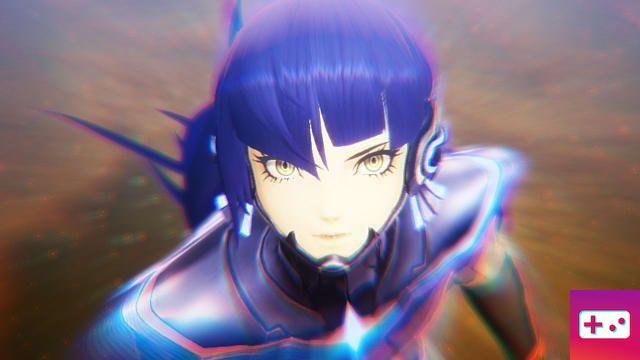 Minor graphical hiccups aside, Shin Megami Tensei V is an outstanding RPG, especially as it stands out for its myriad improvements over its older siblings. It's tough but thrilling and full of style. More importantly, perhaps, he has big ideas executed to something near perfection.

It's been a long wait since Atlus first announced SMT V during the Switch reveal show, but it was definitely worth it.