What are Rathalos' Weaknesses, Resistances and Downfalls | monster hunter rise 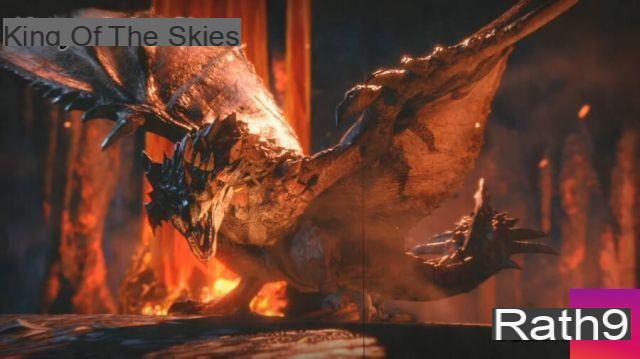 Monster Hunter Rise has finally arrived on PC, which means a new slew of hunters can take on some of the franchise's most iconic beasts. One monster that has become synonymous with the Monster Hunter brand is the Rathalos. This flying wyvern fires at unsuspecting enemies, even soaring into the sky to gain an aerial advantage. Novice hunters may struggle with this enemy, but knowing is half the battle. Be sure to read up on the Rathalos so you know its weaknesses, resistances, and drop rates.

The main weakness of the Rathalos is the dragon, so if you have weapons with this element, be sure to bring them. Thunder and Ice are great secondary options, as the damage drop for those element types isn't too drastic. Water should be your last resort, as they don't do much compared to the other elements. Do not use fire on the Rathalos.

When using elemental weapons, be sure to focus your attacks on the Rathalos head, wings, and tail as these areas take the most damage.

Resistances and ailments of Rathalos

Diseases aren't incredibly effective on Rathalos, but if you want to use them, Thunderblight is your best bet here. All other ailments deal minimal damage at best. Do not use Poison or Explosion ailments on Rathalos, as the monster is immune to both of these.

Most monsters have breakable parts, and Rathalos is no different. You can break the Rathalos' head, back, wings, and tail with enough damage. If you break pieces during the hunt, you will earn additional rewards after completing the quest.

The tables below show the percentage and drop rates of each Rathalos material, low and high rank.

Related: How to Get the Dragonbone Relic in Monster Hunter Rise

add a comment of What are Rathalos' Weaknesses, Resistances and Downfalls | monster hunter rise