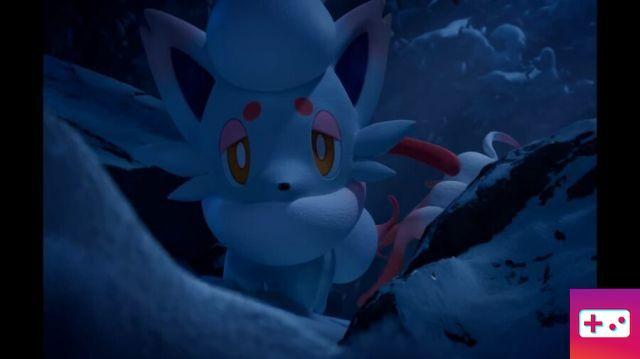 The release of Pokemon Legends: Arceus is fast approaching, along with the mysterious region of Hisui. Like Alola and Galar before it, Hisui has region-exclusive Pokémon forms and evolutions living there. Nintendo has kept most of these new forms a secret until now, so we've had to rely on the trailers to introduce us to a few.

Luckily, we've compiled a list of all the new Pokemon revealed so far. Here are the eight Hisuian forms and evolutions confirmed so far in Pokémon Legends: Arceus. 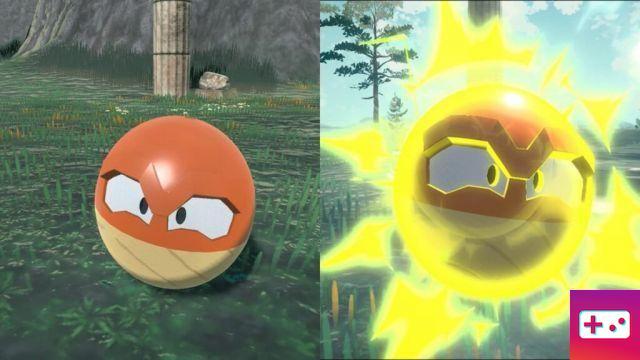 The surface of Hisuian Voltorb's body has a wood grain-like makeup. Combined with the hole on the top of its head, this makes it look a lot like the Hisui region Poké Balls. What the Pokémon's interior looks like, however, is a complete mystery. The inside of the hole is dark, but known to be filled with countless seeds that Voltorb will occasionally spout from its head.

The Voltorbs of the Hisui region are very friendly and cheerful, but have a habit of discharging their stored electricity all at once when excited. The slightest provocation can trigger such a discharge, causing it to frequently shock nearby humans and other Pokémon. For this reason, Hisuian Voltorb is considered a nuisance in human settlements. 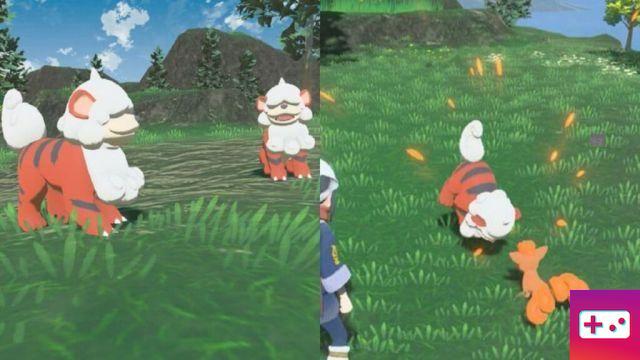 The Growlithe of the Hisui region have developed long, voluminous fur that also retains heat, helping it to thrive in the freezing environment of the Hisui region. The horn on his head is made of rock but is very brittle, so it is only used when it will have the most effect.


Hisuian Growlithe has developed a system for monitoring their territory in pairs. They are very watchful and unaccustomed to being around people, as they live apart from humans for an extended period of time. Building trust with Growlithe in the Hisui area may take time but will definitely be worth it for the trainer. 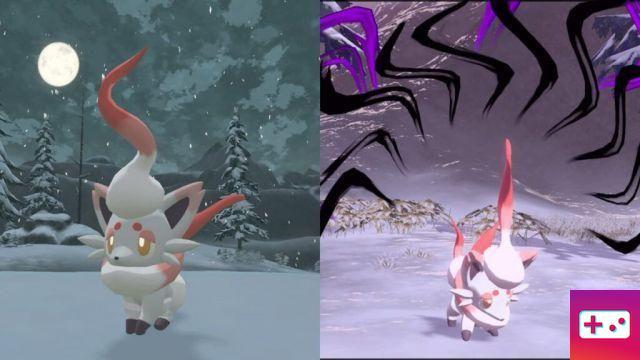 Hisui's Zorua migrated there after being driven from other lands by humans. Unfortunately, the Zorua could not adapt to Hisui's harsh environment and conflicts with other Pokémon, and they soon perished. Their malevolence towards humans and Pokémon caused their souls to be reborn in this ghost-type form.

Hisuian Zorua draws and absorbs the force of terror and fear from those who witness their illusions. They can also use the malevolent power emitted by the long fur on its head, neck, and tail to create ghostly mimics of their targets. The Hisui's Zorua like to imitate the appearance of lone travelers or Pokémon as best they can. 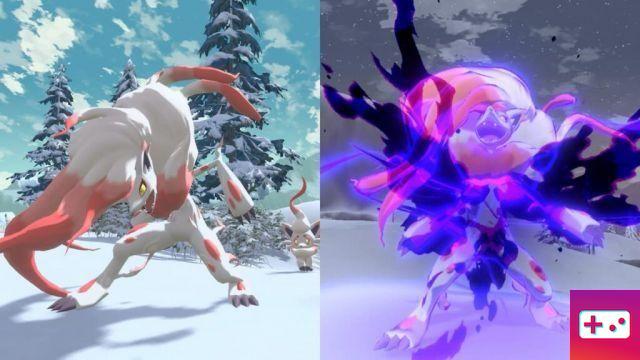 The terrifying illusions cast by Hisuian Zoroark's long twisted fur have the ability to inflict damage on their enemies. These illusions harm the body both inside and out, and witnesses who see them would be driven mad by the sheer terror and wickedness of Zoroark.


Zoroark in the Hisui region is extremely aggressive and hostile towards people and other Pokémon, but they seem to have a softer side towards those he considers close. Hisuian Zoroark has been seen protecting his pre-evolution, Zorua, and is valuable allies to those he trusts. 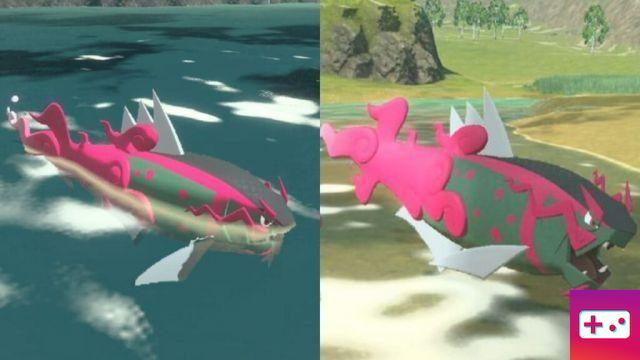 In the Hisui region, the Basculin are able to evolve into a Basculegion. This evolution occurs when a Basculin is possessed by the souls of other Basculin in their school who perished during the journey upstream, who then attack opponents alongside the evolved Basculin as if they had their own will.

This Pokémon is energized by the souls that possess them, allowing them to swim tirelessly. Basculegion are also known to be very susceptible to animosity and will become enraged whenever they sense danger. When enraged, Basculegion relentlessly attacks the source of the animosity until he is defeated. 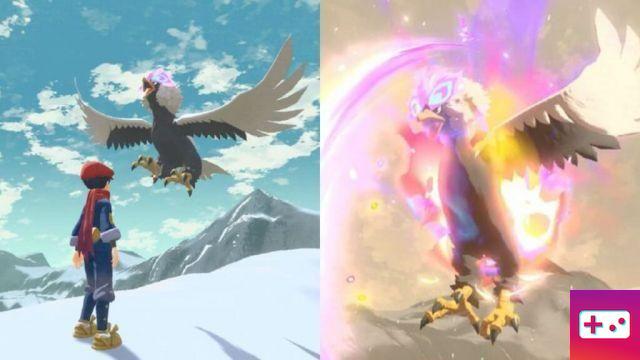 Rufflet in the Hisui region evolves into the Hisuian Braviary, a much larger and more solitary form than previously discovered. This form of Braviary flies somewhere far north during the winter, but where they go is unknown.

Related: How to get Darkrai in Pokémon Legends: Arceus 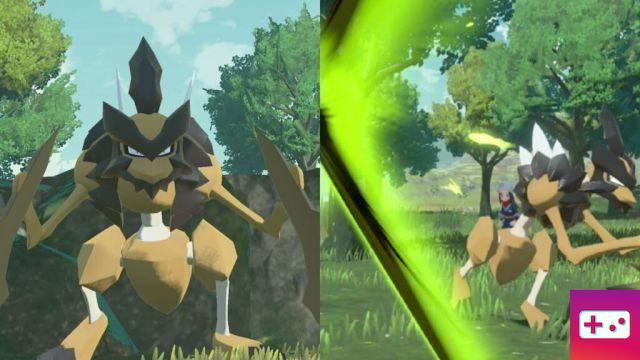 Scyther native to the Hisui region seem to be influenced by the special minerals there, which led them to acquire a new evolution: Kleavor. The process has hardened parts of their body into stone, which sharpen as Kleavor's body flakes during their fierce battles.

Kleavor is strong enough to inflict devastating damage simply by casually swinging his massive axe-like arms. They have been known to mark territory by cutting down trees or marking symbols in tree trunks. It's best to be cautious when encountering rows of cross-cut trees, as it's a sign that Kleavor might be nearby. 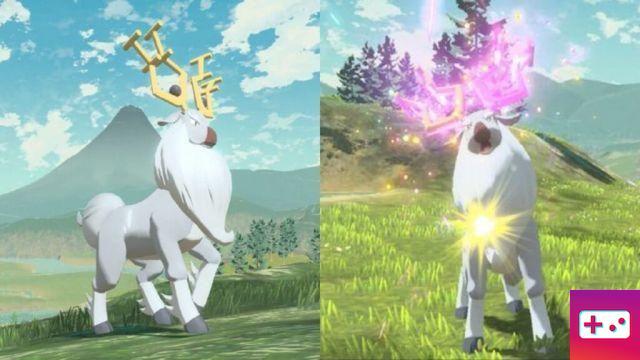 Wyrdeer is the evolved form of Stantler. Much larger than their previous evolution, the Wyrdeer are prized in the Hisui region for their fur. The fur from its head, tail and paws is used to make clothes that provide much-needed protection against the cold.

The black orbs found at the bottom of Wyrdeer Woods can generate psychic energy and then unleash explosions powerful enough to warp space. Antlers can also act as antennae, helping Wyrdeer locate safe paths to travel.

add a comment of All Hisuian Forms and Evolutions Confirmed So Far in Pokémon Legends: Arceus