Rocket Arena review: A hero for every age

It's been a good year for the descendants of Overwatch. The hero shooter continues to evolve in interesting ways, branching off in unpredictable directions as each new contender tries to carve out their own niche.

The final slice of this kind of pie is Rocket Arena, an EA Original with an equally colorful art style, but nothing else in common with Blizzard's behemoth.

Ultimately, this distance only benefits Rocket Arena, which manages to stand on its own as families of effervescent and explosive hero shooters can comfortably play together.

Rocket Arena Review: A Hero For Every Age 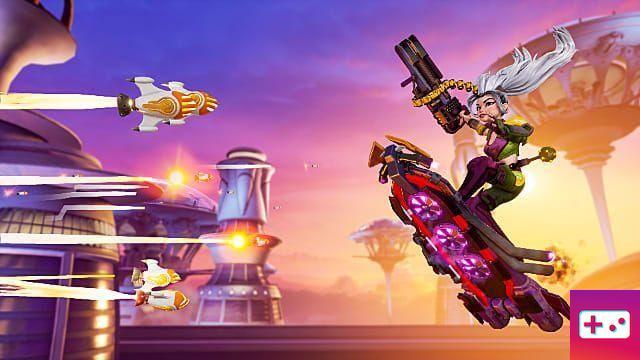 Every player in every part of this 3v3 third-person shooter is equipped with rockets. It may seem revolutionary from the start, but this distinction is ultimately more of a cosmetic choice. Each of the game's 10 colorful launch characters uses these rockets in different ways. Plink fires her burst style for minor damage per turn, but with high DPS for the most accurate rockets, and Amphora charges her rocket shots to hit her opponents like a crashing wave.

These ubiquitous rockets therefore look more like different classes of more conventional weapons, just with a more explosive effect when they hit.

This Oprah-esque approach to equipping each contestant with rockets reveals the game's Looney Tunes-esque commitment to explosions, which quickly gives Rocket Arena its own unique aesthetic. In terms of sights and sounds, it perfectly captures the family-friendly approach it advocates. Coupled with the animated cartoon style – admittedly a popular trend right now – and it's not long before the new IP stands out from a growing field of contenders in the genre.

Maps are designed to accommodate small teams. They can often feel pretty crowded horizontally, but Rocket Arena isn't designed just for the X axis. Every hero can triple jump, and the addition of staying afloat with rocket jumping means you can pass a minute or more without touching the ground if you're really skilled. As most rounds are under seven minutes, it's an incredibly important part of a jump and float match, but that's exactly how Rocket Arena wants to be played, and it's best for that.


Accuracy is then a high maintenance aspect of the game. Sometimes it can be quite difficult to hit your shots as everyone is flailing, jumping off walls, sliding around the map and hitting jump and boost ramps to more flair, but aided by each character's other abilities, combat is able to be mastered after a few hours with each character. 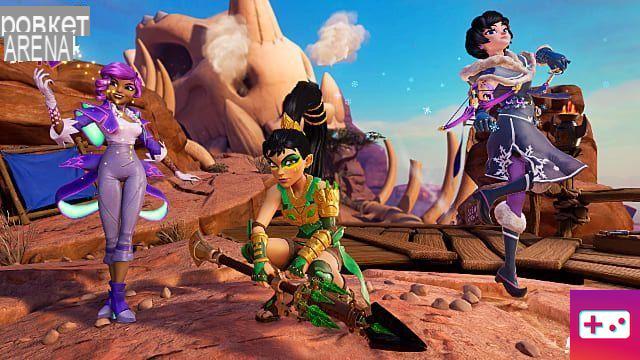 Their unique abilities are ultimately what sets the roster of heroes apart from each other. While no heroes look much alike, they all fit a basic “human with Rachet and Clank-type weapons” template. Sure, only one is a small child and another is an old man, and the list is split halfway between male and female, but visually these characters often don't have any characteristic looks that tell their stories.

Vocal lines and cosmetics do a lot of the leg work in this genre, and in that respect Rocket Arena falls short compared to the others. Some of them, like Adventurer Boone or Pirate Blastbeard, immediately give off their essence when you first see them. Yet others, like Sea Queen Amphora, Magic Mysteen, or Ice Princess Kayi, don't really have a signature look about them.

Yet none of them are unpleasant either. The overall audio-visual experience remains a charming aspect of the game round after round, and once you start using them, the characters stand out much better. Even though Amphora's characterization isn't obvious at first glance, once you start throwing water mines and grabbing enemies with her Hydro Form, it's clear that she's meant to be an analogue of 'Aphrodite.


The music has a sort of 1990s flair, like something you hear in a Sega Saturn game. It's oddly nostalgic for a new IP, but that seems to be the composer's intention as it further solidifies the game's all-ages approach to hero shooter.

In Rocket Arena, there is no blood, no swearing, no mention of kills or even more modern replacements, "eliminations". Instead, if your hero's health gets dangerously low, you enter a kind of last stand mode. You can either survive waiting for the slow regeneration to take effect or, if you get hit again, find yourself "megablasted" out of the invisible arena bubble. But there's no respawning or anything like a character dying. 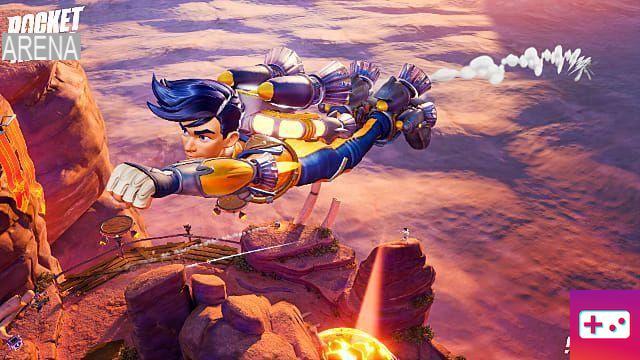 You fly away, your opponent earns a score, and you're pulled back into the action. It's a somewhat subtle difference, but alongside the cheerful music and cartoon style, Rocket Arena promises an undeniable charm that will keep it installed on my Xbox long after I write this review.

However, there are still other problems. Most notably, the game's meta is a bit on hold right now. With five game modes (including a PvE mode that serves as a bit of a practice mode for the real thing), early adopters get a feel for who could become their primary. For me, it's the aforementioned Plink and Amphora that I like the most, but I'm concerned that some heroes' moves are a little unbalanced depending on what mode you're playing in.

Blastbeard's Shockwave is a devastating AoE attack that makes him the MVP of any round in Mega Rocket, the game's domination-type turf war mode. Rocketball is like rugby and is the best mode in the game, transforming Rocket Arena into something much more literally an esport, but Kayi's grappling hook gives it a pretty big advantage.


Even though some heroes' moves are inaccessible when carrying the ball towards a goal, there seems to be a pretty bad imbalance in play. a team gets ahead, they may intentionally play away by returning the ball to start and end the clock.

The five game modes, which also include a transporter kill mode called Treasure Hunt and a team deathmatch mode called Knockout, require a lot of teamwork. Because it's only 3v3, Rocket Arena shares a ride-or-die quality in common with the similarly titled Rocket League; one player can really slow down a team effort. The difference between 3v2 and 4v5 is vast, which means matchmaking must intelligently form teams to ensure the balance is the best possible. Right now, Rocket Arena needs work in this area.

Fortunately, with ranked and unranked play as well as private lobbies, the line between the game's serious contenders and more casual participants should widen over time. With the first season of new content starting next week and a Blast Pass along the way, Rocket Arena has the potential to become some's favorite competitive multiplayer game, but only after some of those wrinkles are ironed out. They should be expected from a new IP and a smaller team, so they're more forgivable today.

Cosmetics can be purchased for real money or earned entirely in-game at a rate that I find fairly fair. I have already unlocked several alternate skins for more than half of the list without spending a dime. It's a way Rocket Arena makes some other games like this better. In Fortnite, for example, many cosmetics are real-money purchases.

It's once again a more family-friendly way of doing business with its community, and Final Strike Games deserves credit for implementing this system more fairly than the current status quo requires. There are also plenty of unlocks to be had for free, earned simply by leveling characters from 1-100. It doesn't just add depth, it does it overtly and honestly. 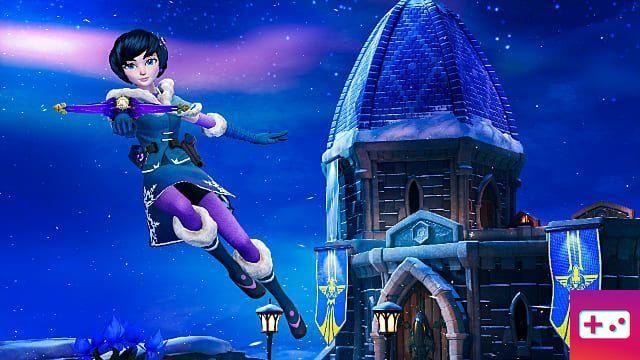 Heading into Rocket Arena, my biggest question was whether it could stand out from an increasingly crowded field of similar games. On the other side of my opinion, I am convinced that it is possible.

There are undoubtedly nerfs and buffs in store for some of the heroes, and the matchmaking as a whole needs to offer more balanced play – otherwise the community will regularly suffer blowouts. Still, I've never seen a hero shooter so ready for players of all ages. It's an attribute in itself that stands out, and with the explosive energy of the colorful chaos of each tower, Rocket Arena is a blast.

(Note: A copy of Rockey Arena was provided by EA for the purposes of this review.)

add a comment of Rocket Arena review: A hero for every age