Everyone's favorite half-genie is back with a new adventure that keeps what fans loved about the last game and adds some new magic tricks.

Shantae is back, and she's stirring up even more action in WayForward's latest side-scrolling adventure, Shantae and the Seven Sirens. This time, the adorable half-genie is trapped on a tropical island after nefarious unknown forces kidnap a group of his half-genie friends.

It's a good excuse to return to the colorful and whimsical adventures of Shantae, with enough changes since her last outing, Half-Genie Hero, to feel fresh.

As always, Shantae uses both her hair and her dance magic to dispatch enemies and solve puzzles. Half-Genie Hero uses a world map that offered a variety of specifically themed worlds, each with their Metroidvania-style submaps, and Seven Sirens takes a simpler approach. There's a central location here - the island - with a large map divided into specific areas. 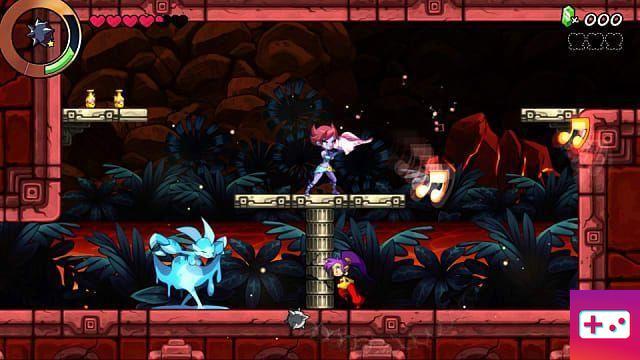 In practice, the map isn't a huge change from the previous game, but it does make it more convenient to get around. An immediately noticeable change from the rest of the series is the fully animated musical opening. The game also features short animated intros for each of Siren's bosses, and that's a nice touch. Beyond that, Seven Sirens doesn't look noticeably different from Half-Genie Hero.

That's not necessarily a bad thing (the graphics are still excellent), but some stylistic changes to the overall look would have helped give the sequel a more distinctive personality.

Seven Mermaids adds a new element to Shantae's usual animal transformation magic. Called "fusion magic", she can gain special powers from each half-genie she saves. As with most games of this style, these powers are essentially door keys to reach new areas that were previously inaccessible. The first such power that Shantae acquires, for example, causes invisible objects and secrets to appear. This includes platforms that allow him to climb to new heights.


Another power heals both Shantae and things around here, like dying plants. A third produces an electrical surge that can power dead machinery (and damage all enemies on screen). She even gains the ability to cause earthquakes that can move blocks and other objects.

To perform any of these feats, Shantae first begins her basic dance, followed by a quick press of the appropriate button. Since a big part of all of Shantae's adventures is to find all of the hidden treasures, using all of the powers on a given room can often result in multiple secrets being revealed.

Along with her new fusion magic, Shantae also gets new streamlined transformation powers. Where before she had to use her dance magic to transform, now Shantae can shapeshift with the press of a button - even while moving. His newt dash allows him to cling to walls quickly, but it also allows him to extend his jump distance and damage any enemy in the way. Squeezing in the water instantly summons his Sea Frog form and also leads to some fun retro-style challenges. 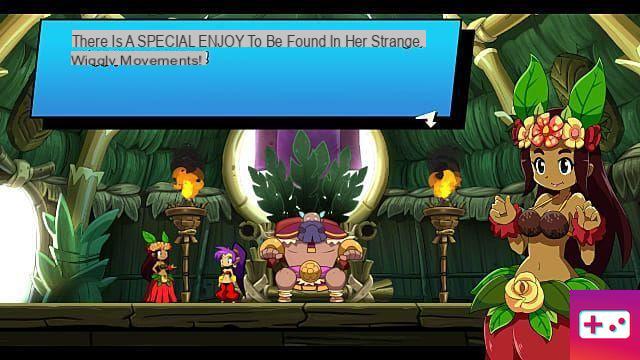 Finally, Shantae can upgrade her whip and acquire different attacks by purchasing them from shops. Rockets, fireballs, bouncing deathballs, and spinning blades (with a protective shield) can be activated on the fly and upgraded for even greater effect. So while you'll probably spend most of your time whipping villains with Shantae's hair, there's still a surprisingly eclectic array of choices to choose from in Seven Sirens.

The island itself is quite large, with several different towns and a variety of different environments. Since the theme is tropical, the focus is on beaches, rainforests, caves and the ocean. But Shantae doesn't just stick to the surface of the island; she also goes deep underwater to find out who took her friends and uncover the secrets of a very steampunk ancient lost city.


Seven Sirens also feels a lot simpler than Half-Genie Hero, which sometimes leaves players with a few clues about where to go next. Seven Sirens is airier and more forgiving than expected, all the way to the final area. At this point, the level of difficulty increases thanks to a brutal sequence where Shantae must defeat piece after piece of spawning monsters with a painfully tight time limit.


The Switch version's load times are also noticeably long (and frequent) and, due to its hardware, it also lacks the 4K graphics of more powerful rigs.

Shantae and the Seven Sirens Review - The Bottom Line 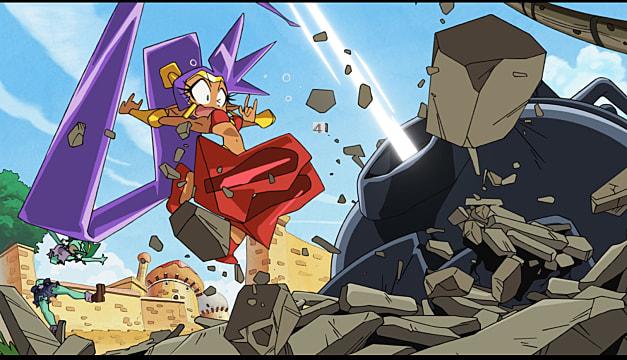 There's not much to complain about here. Shantae and the Seven Sirens brings back a favorite side-scrolling character in polished form. It's a bright, colorful and joyfully silly adventure with hours of exploratory, whipping and jumping fun.

Shantae has been weaving its magic for nearly 20 years and still feels distinctive amidst the sea of ​​other platforms. Its latest game may not look as fresh as Half-Genie Hero, but it's still an interesting and very entertaining adventure.

(Note: A copy of Shantae and the Seven Sirens was provided by WayForward for the purposes of this review.)

add a comment of Shantae and the Seven Sirens Review: Half-Genie Magic