The Stronghold series doesn't quite have the same following as the big dogs of the RTS genre like StarCraft or Command & Conquer, but it certainly has its fair share of true believers. Stronghold: Warlords is the first entry in the series since Stronghold: Crusaders 2 released on PC in 2014. Warlords enhances many of the quality of life improvements that Firefly Studios added to Crusaders 2, and also transports the series from medieval Europe to East Asia.

Here, you'll still be able to balance your economy, protect your citizens with intricate walls and gates, and crush your enemies with all sorts of weapons and sneaky tactics. Stronghold: Warlords will certainly provide a fun new sandbox for fans of the "Castle Sim" series, but it suffers from a few weaknesses that demonstrate why the series has never been as mainstream a hit as others in the genre. 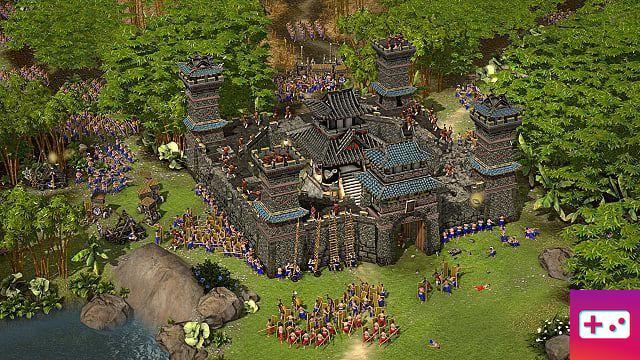 If I've described Stronghold: Warlords in the simplest way possible, it's this: a real-time strategy game with an emphasis on walls.

This time around, the game features East Asian kingdoms. In the single-player part of the game, you play as many historical characters: Thuc Phan, Toyotomi Hideyoshi, and even Genghis Khan. Across multiple campaigns, you'll find a variety of missions that feature very basic historical contexts of their rise to power and stay in power.

The core systems of Stronghold: Warlords aren't too difficult to figure out. As you build certain elements of your colony, such as houses, farms, and production centers, more and more citizens will flock to you. These citizens can be assigned to more production jobs or drafted into your army, adding to your strong defense and helping you defeat your enemies.

There's an element of medieval town planning involved, with multiple types of walls, doors, and other creative ways to keep your enemies at bay and your populace happy. As you progress through later campaign levels, you'll gain access to new buildings and items in the tech tree, which will help you fend off stronger threats that come your way.

Of course, there are also plenty of ways to enter your enemies' strongholds – or manage them from afar.

Warlords still employs plenty of micromanaging elements that will help you get through the day, but strategizing and adapting on the fly is key. Probing your enemy's defense to find a weak area in their fortress can allow you to sneak a few troops over walls and unleash a surprise attack, clearing the way for your greatest strength to take over.

These are the times when it's easy to see why the Stronghold series has always had a sequel. It really feels good when you execute a perfect plan. Unlike the rock-paper-scissors style of hard counters you see in many RTS games, Stronghold: Warlords rewards you for thinking like a commander, rather than someone playing a commander. Trying to take down an enemy's siege tower as it rumbles towards your dungeon is a harrowing experience.

Then he has to throw those damn warlords into the mix. 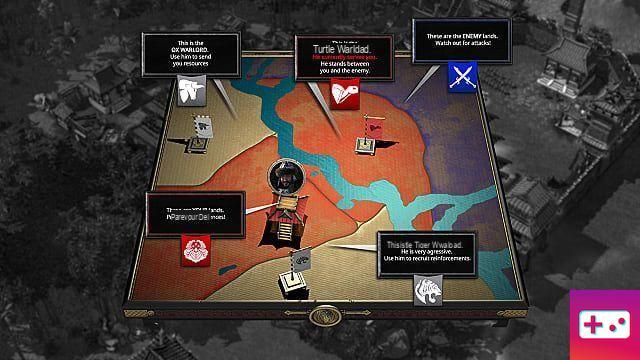 The big draw with this new release, other than the brand new setting, is the introduction of warlords. These powerful neutral units are scattered across the map with a few defenses placed here and there. Capturing a Warchief, either by attacking them or using Diplomatic Favor, can unlock powerful abilities for your clan.

On paper, it's a solid concept: Warlords provide constant goals on the map and ways for players to achieve both dominating victories and incredible returns. In practice, Warlords feel incredibly, well, playable.

The idea of ​​sending a group of soldiers to stab a whole bunch of guys to join your team is weird. And the idea of ​​your opponent then sending a bunch of their troops to stab the same guy a bunch so he'll betray you and join their team is even weirder. 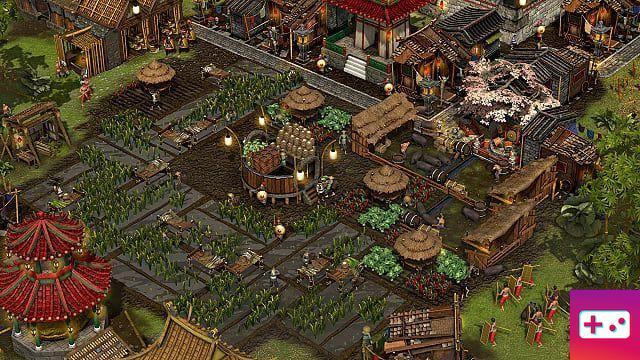 They can't (really) be ignored either, as each Warlord has a powerful effect on the game. In the campaign, for example, many objectives are directly tied to Warlords, and in Skirmishes ignore them only allows your opponent to reap the rewards, putting you at a disadvantage.

In addition to the frustrating way Warchiefs are used, it's hard to tell units apart at a glance, and there are often a lot of them in your army. In the thick of it, assigning certain types of troops to specific tasks is complicated.

At the same time, the AI ​​lacks sophistication, both for allies and enemies. Even after several hours of gameplay, I could never quite tell who my troops were going to attack or if they were just going to run past certain enemies on their way to another. When fighting the AI, it was far too easy to funnel units into traps and chokepoints repeatedly, undoing kills without much thought.

For every impressive aspect of Stronghold: Warlords, there's something else that holds it back. Blowing up walls with a catapult and sending archers flying never gets old. Trying to locate your small troops hiding on a battlefield...not so much. 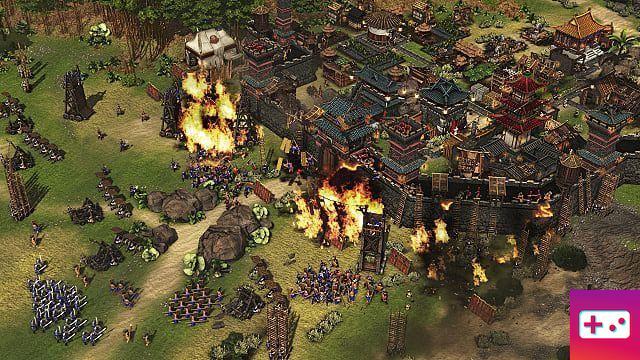 Stronghold: Warlords certainly isn't bad, but there just isn't much that sets it apart. Siege Battles and Closed Settlements add an extra layer of strategy to things, but there are some problem areas that prevent it from properly utilizing those positives to create something special.

It's a game that seems to find a niche audience, but those focused on the single-player mode are unlikely to get much out of it. While there weren't a ton of opportunities to get into multiplayer games with this first release, it looks like that's where most of the action will be. Campaigns are more glorified tutorials than an impressive and comprehensive single-player experience, so it seems setting up elaborate skirmishes is where developer Firefly Studios thought most of the value would be here, too.

If Stronghold: Warlords sees some post-release love from the developers, it could become a great springboard for the franchise; there are a few issues that need to be fixed, but there is a solid foundation to build on. If you've been a longtime fan of the series or want something a little different with your next RTS, this might be what you're looking for.

[Note: Firefly Studios provided the copy of Stronghold: Warlords used for this review.]