Werewolf: The Apocalypse Earthblood Review – Cry for the Wolfman

As part of the venerable World of Darkness, and perhaps on the popularity and anticipation of the upcoming Vampire the Masquerade: Bloodlines 2, Werewolf: the Apocalypse - Earthblood had a lot of potential before its release. Unfortunately, it doesn't match any of that.

I approached it with a sense of cautious optimism, but the end result is an unfortunate time warp of a game that feels at least two generations old and fails to do much good.

Werewolf: The Apocalypse Earthblood Review – Cry for the Wolfman

Earthblood is a straightforward third-person action game, in which players take on the role of a generic gruff biker stereotype named Cahal. And the plot is really the first of so many points of contention.

Given the source material, Earthblood could have gone in almost any direction. Instead, it played out in the most clichéd and uninspired way possible.

Cahal is an angry werewolf thrown into the predictable arcs of anguish and redemption that we've seen far too many times. The salt in the wound is that it's just poorly done, playing out like fan fiction written by an angry 14-year-old trying to impress a high school crush who, like, is totally into, you know , save the world and everything.

The game dives right into the murdered wife cliche, whereupon Cahal loses his shit and accidentally murders a packmate in his unbridled rage. This, in turn, causes him to abandon his pack and, even worse, his teenage daughter because he has to atone for his sins alone - as a "man" or something.

Five years pass in the story and, like clockwork, he is forced to return to his old pack and his now adult daughter. The drama.


It would take too long to go over all the absurd details of Earthblood's story, but the climax is probably Cahal infiltrating a prison posing as a wanted serial killer to get himself intentionally arrested.

It's poor SyFy movie-level writing, but unlike something like Sharknado, which revels in being trash, Werewolf seems desperate to take itself seriously. There's little logic to most level objectives either, which usually boil down to finding objective widgets, flipping switches, and killing things. 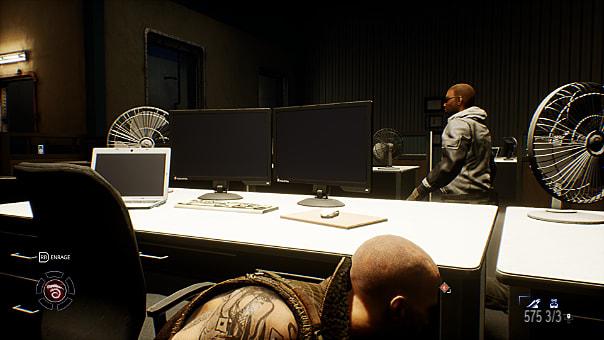 Most of the game is split between stealth and combat, with tough running and talking in between. Cahal has three forms: man, wolf, and a wolf-man fit for brutal combat. In human form, he sneaks around and can film things like security cameras and enemies with his very limited crossbow, though it's best to just do stealth takedowns and find computer terminals spread out to turn off the lights. cameras.

The faster wolf form is vital as the Cahal Man is slow, and you'll want to run through these levels as fast as you can. The wolf form is also more stealthy and can bark for attention.

The hulking hybrid rage form is for combat when stealth fails; there are even places where you can rage during the dialogue, which is undeniably funny, because a violent murder improves all the conversations in the game.

The hybrid form has a nimble and heavy attack stance, each with their own special moves, but the action is largely a chaotic mess of bashing and dodging unstoppable attacks. By the end of the game, the combat is so repetitive that even the initial gimmick of decorating rooms with gore can't save it. Grabbing and executing enemies fills the rage bar (needed for special attacks), but even execution moves are repetitive and annoying.


Old school stealth is the other major component, and I mean old school stealth like 90s PlayStation. Werewolf takes no chances in making sure players know when it's time stealth, as he automatically pushes Cahal into his stealthy crouch and doesn't let him get up until the fight starts or he leaves the area. 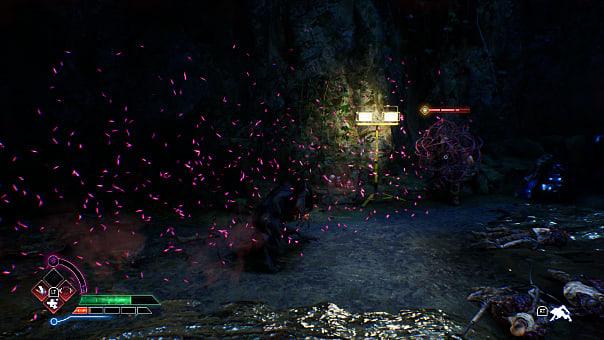 The entertainment value of these sequences comes entirely from the incredible stupidity of the AI. Levels are filled with stealth puzzle rooms where guards stand or patrol in pre-determined locations waiting mindlessly for something to cross their limited cone of vision.

If you move beyond an enemy's line of sight, their awareness meter (an eye-shaped gauge) begins to fill up. Move out of sight and the gauge lowers. Once an enemy is alerted (and their panic can also cause surrounding enemies to be alerted), they stay alert forever or until you kill them.

As long as the enemies never reach this alert level or see a corpse, however, they remain oblivious to almost anything. You can snatch their colleagues from behind cover even if they are standing right next to them. Many of these room-sized murder puzzles rely on this hilarious obliviousness, as the trick is simply to find the path that allows you to kill each enemy in turn based on where they are.

There's some simple, yet silly fun to be had here, somewhat ruined by some enemies that Cahal just can't stealth kill. These include hulking mechs and bigger raw troopers. Once the enemy is alerted, all doors or ventilation shaft entrances (which is, naturally, how wolves move through buildings) are locked. This is important, because it hides a gaping hole in the logic of the game.


The enemies, in fact, only work in the specific room in which they live. They can't see you through grilles, windows, or (most fantastically) doors. This means you can entertain yourself by running through doors, getting your attention, killing them, and then running through the door before the other alert meters fill up. Cahal can hang on the door by jumping up and down, and it doesn't matter. 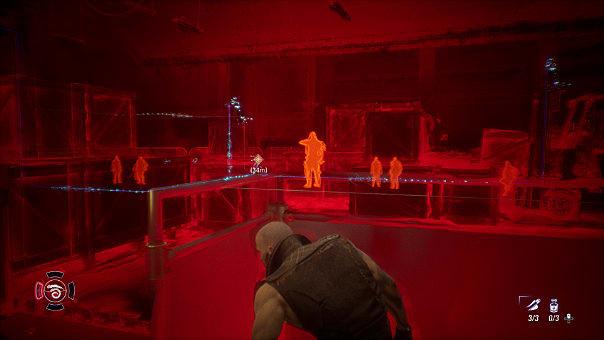 Various other glitches and just plain cheap stuff abound, especially in the visuals department. The character models are a murky, smudged bunch, reminiscent of early HD models on PS2 and the original Xbox. During interactions, they appear as creepy, lifeless mannequins.

The exception comes in the form of spirits scattered across the landscape. These strange creatures are actually intriguingly designed, especially the two Clan Protectors you encounter.

One is a massive tree spirit with a hulking human body and a glowing orb for a head. The other is a magnificent winged skeletal serpent. Unfortunately, the enemies are a large number of soldiers, occasional bad werewolves, and, inexplicably in the end, a bunch of bad Resident Evil 4 impersonations culminating in a final boss that is truly horrific in design and of the plot.

There are also collectible plants and other spirits that Cahal finds by sniffing shrubs, trees, and even potted plants hidden around the levels. These are then used as currency for the base upgrade system which improves certain abilities of Cahal. There's a lot of racing around looking for things to sniff in Werewolf, which is probably unintentionally more fun than most of the rest of the game. 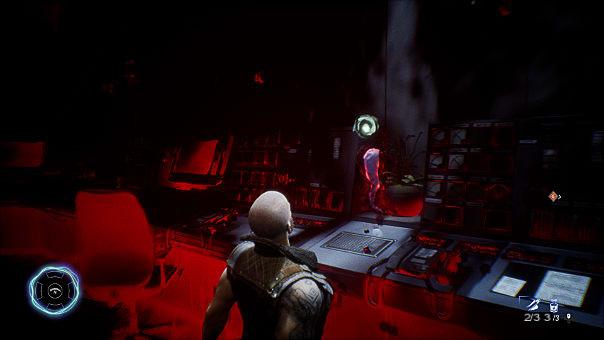 Like I was suffering from some weird form of Virtual Stockholm Syndrome, I almost felt compelled to see Earthblood through. The game ended up being more entertaining due to the grassroots effort put in, which resulted in humorous bugs, glitches, and just plain nonsense.

On some level, it's almost worth playing for the same reason that bad sci-fi and horror movies are worth watching, but that's definitely not a recommendation.

[Note: Cyanide provided the copy of Werewolf: The Apocalypse — Earthblood used for this review.]

add a comment of Werewolf: The Apocalypse Earthblood Review – Cry for the Wolfman