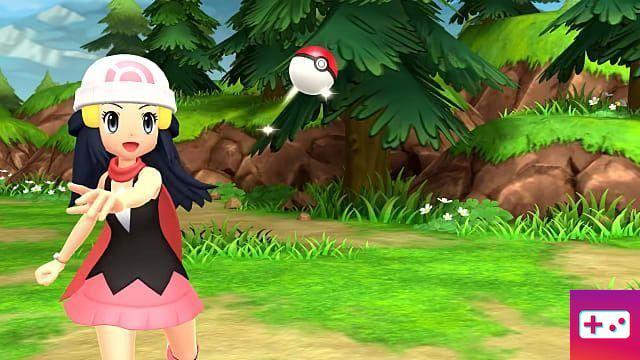 Nintendo and The Pokemon Company shadow dropped Pokemon Brilliant Diamond Shining Pearl's release date on Twitter ahead of E3 2021. Both games will be released for Nintendo Switch on November 19, 2021, and Nintendo also announced a dual bundle containing both games .

Unlike the Sword and Shield Dual Pack, it appears that the Brilliant Diamond and Shining Pearl Dual Pack will not feature a special steel case.

Brilliant Diamond and Shining Pearl are re-imaginings of the original Pokemon Diamond and Pearl released for the Nintendo DS in 2007. The Pokemon Company first announced the games in a Pokemon Direct in February, although sharing some details about the new features that we can expect from the remakes. .

The recent announcement is no different, as TPC only shared release dates and nothing more.

So far we know that the Brilliant Diamond and Shining Pearl Pokedex includes all of the Sinnoh Pokedex, like the originals did, although it's unclear if we'll see more of 'my' like we did in Omega Ruby and Alpha Sapphire.

TPC will likely share more soon, as they usually host a Pokemon Direct coinciding with E3.