Predator Hunting Grounds: How To Parry The Predator

While the Predator Hunting Ground does a good job of introducing you to how the Predator works, it's pretty obtuse on how to operate like a standard sailor. It actually doesn't tell you how to parry the Predator, which is one of the most strategic, but life-saving moves in the game.

Playing as a sailor might seem simple enough – shoot and run, right? Well, the soldiers themselves actually have a few tricks up their sleeves to help them stay alive longer than you might think.

One such method is a quick parry, which blocks a predator's melee attacks. When casually wandering around, only to be met with a predator's blade first, it can seem like survival is impossible. Yet this simple and effective trick can help turn the tide in your favor.

How to Parry the Predator in Predator Hunting Grounds 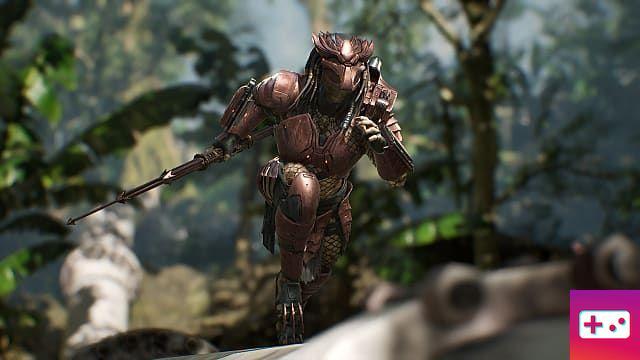 There's probably a plethora of times you've met your demise after facing off against a Predator's seemingly unblockable melee attacks in Predator Hunting Grounds. Facing him, brutally pushing back their mighty blades, it may all seem futile.

However, using block mechanics is helpful, and it's a tool that can consistently mean the difference between life and death.

When to Parry in Predator Hunting Grounds

Parrying in Predator Hunting Grounds requires a lot of resilience and quick action. As the Predator slides with its blade, you'll have a quick second to block. A prompt actually pops up onscreen, but it's a split-second decision that it's entirely possible not to see which button to press before missing it completely.


If successful, you'll hear the metal of the Predator's blades clank, and they'll recoil, staggering and unable to continue attacking you. This gives you a few precious seconds to perform one of two actions:


This type of back-and-forth combat can make for some exhilarating encounters that require tactical thinking. So while it's a tricky method of falling behind, with practice and persistence, you'll be able to fend off Predators left, right, and center.

And that's all about how to parry and turn the tide of combat when it comes to melee combat. Looking for more tips and advice? Be sure to check out the other Predator Hunting Grounds guides available here.

add a comment of Predator Hunting Grounds: How To Parry The Predator