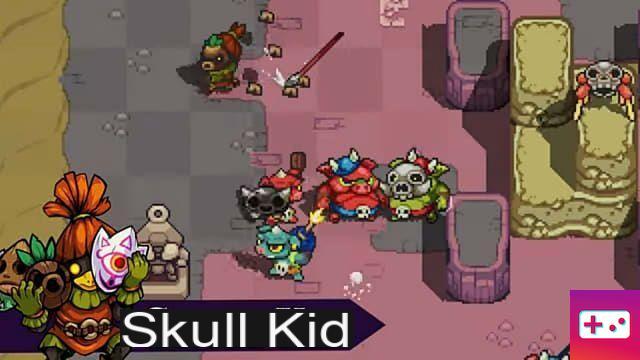 The latest Nintendo Direct was for Nintendo's "developer and publisher partners," and the first big announcement is Cadence of Hyrule DLC.

Cadence of Hyrule: Crypt of the Necrodancer is getting three new DLC packs, in addition to the one already available. The first brings five new characters to the game: Aria, Shadow Link, Shadow Zelda, Frederick, and Impa. Each character has their own playstyle. Impa, for example, excels in ranged combat. This first pack should be released later today (7/20).

Pack 2 is the melodies pack. This adds 39 new songs to the game, including background music remixes. And unlike the base game, you can change the track currently playing at any time during your adventure.

Pack 3 adds new story content called Symphony of the Mask. Symphony of the Mask features Skull Kid from Majora's Mask (hence the title), and revolves around a new map and brand new music. Skull Kid's great feature is that he can change abilities based on the mask he's wearing, though we don't yet know which masks will actually be there to find.

Finally, Cadence of Hyrule is getting a Season Pass if you just want the DLC, and there's a Cadence of Hyrule: Complete Edition on October 23. It will include all DLC and the base game on a single map.

Nintendo has promised more Nintendo Direct Mini presentations focused on third-party games for the rest of the year, so stay tuned to GameSkinny for more information on Switch games as it develops.