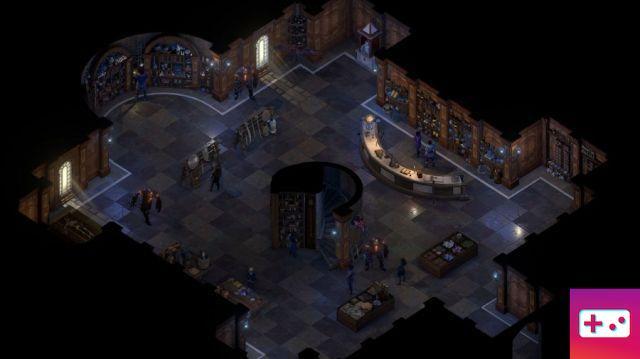 Fans of Hack PS4 Games will no doubt recall that in 2017 we gave Pillars of Eternity: Complete Edition a glowing review, awarding it a well-deserved 9/10 to bring home for mom to put in the fridge. . It was both a love letter to old-school, all-time classic cast members like Baldur's Gate and Planescape Torment, and a title that refined the mechanics and genre tropes established in those games to such an extent. that he could be considered their equal. We liked it.

Pillars of Eternity II: Deadfire continues the story of The Watcher – a being with the unusual ability to communicate with the recently departed as well as peer into the souls of friend and foe alike. The original game saw The Watcher foil an elaborate plot involving gods, wayward religions, and wanton betrayal, through heroic or nefarious means depending on the decisions you made while playing. Deadfire picks up a few years later, with the Watcher sitting on his throne, presumably gooey wine and eating handfuls of peanuts like a true hero, pretty sure nothing terrible will happen. 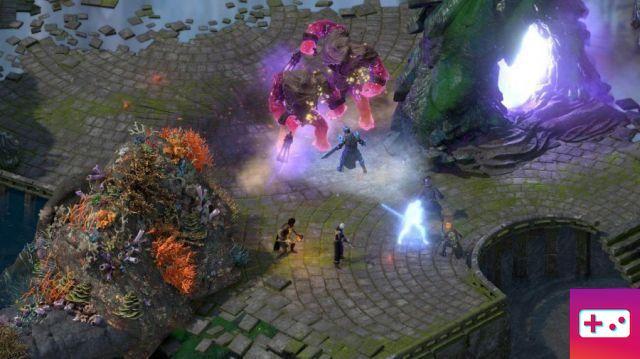 As expected, something horrible happens. A massive, renegade God springs from the ground and decides to roam the world of Eora, leaving in his wake unspeakable devastation. The Watcher - caught in the initial explosion - is among the victims. Before you land your first trophy, you find yourself in the afterlife, giving you the chance to have a handy recap of the first game's main story beats as well as the option to assign your protagonist a face and a class it's to your liking.

A mysterious benefactor quickly brings you back to life, and once you're back in reality, you're accused of hunting down the towering God who struck you down. And so you board a ship and sail the seven seas, following the path of destruction from port to port, all the while becoming embroiled in local politics as you attempt to recruit the allies. which you will need when you inevitably come to blows with the marauding titan.


The story is wonderfully told and beautifully written, and the mature, grounded world (for a fantasy game) is the perfect setting. This is not a land where the hero of light is destined to defeat dastardly evil, but rather a land where the bad guys have understandable motives and those who stand against them come with their own skeletons in their respective closets. 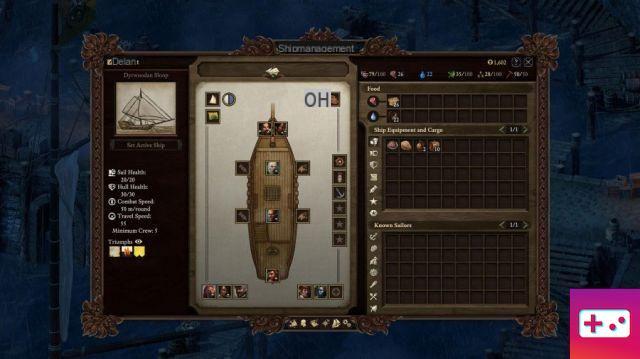 While you can play a mustachioed thief or a stalwart champion of the people if you choose, however you play, you'll be forced to make tough decisions that don't have a clear, ethical answer. You will get your hands dirty.

One of the best things about Deadfire is the customization of the whole game, right down to how you fight. At the start of the game, you will be asked if you want the combat to be turn-based or real-time with pause. The former means that combat takes place in turns, with each allied participant being controlled by you, while in the latter your friends will attack, heal and buff in real time, you will have the option to pause the game at any time. assume direct control.

The combat is tough, and you'll need to use your brainpower to survive on anything other than the easiest difficulty setting. The companions you meet throughout the game add new dimensions to the battle, each with their own advantages and disadvantages. It's well balanced, the different classes all feel useful, and defeats rarely come cheap. 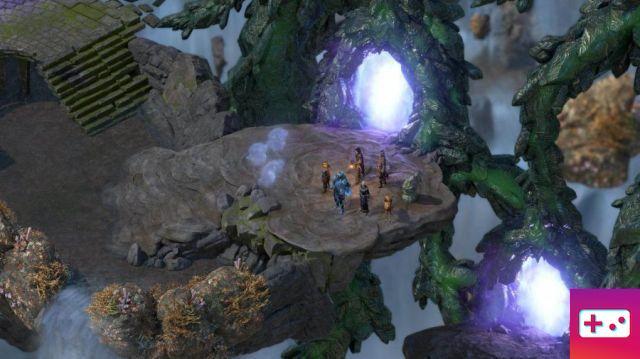 One of Deadfire's new ideas is ship management, and it's mostly a hit. The in-game world map is, essentially, the high seas. You're free to sail as you please: you can port and recruit new sailors to your cause, you can flee from pirates and settle your disputes in battles. of ships or in a more traditional battle spanning both decks, or even sail to uninhabited islands and – in a nice touch – give them a name. Keep your sailors paid, fed and watered, and they'll sing sea shanties – which is obviously great – but let them miss out and they might mutiny.

We could sit here and talk about how well Pillars of Eternity II did all day, but then Robert would have a heart attack when he came to edit a 10-word review. Unfortunately, we have to do without the jokes, and we really have to talk about the issues with the game, because oh boy, there are issues.

To cut to the chase, load times in Deadfire are an absolute joke. We pulled out our little timers at some point to start tracking them once we realized it wasn't unique, and on average, loading screens are up for about a minute and twenty-five seconds. It's such a boring length of time. It's not long enough to go make a cup of tea, but it's long enough for you to think, "Maybe I should go and turn the kettle on?" 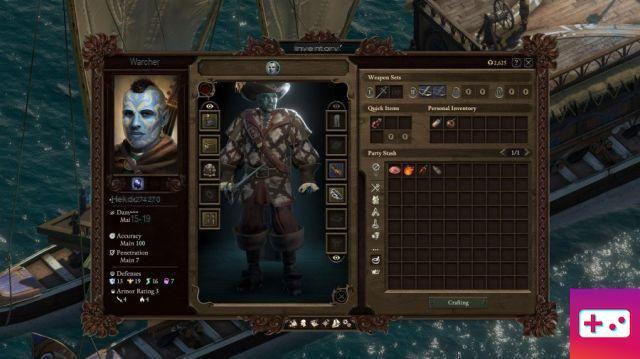 The frequency of loading screens just makes the problem worse. If you go to a building to talk to a guy to hand him a quest and then want to head to a new neighborhood to do something else, you'll get a loading screen when you enter the building, one when exiting the building , then another when you go to the new neighborhood. This represents four and a half minutes of loading for about thirty seconds of play.


Dying in battle means you'll be faced with another loading screen, then all loading screens as you redo the things you did before you died. As if that weren't enough, the game crashes with alarming regularity, so there's a reload every time you get a blue screen. Sometimes the undo button will inexplicably stop working, meaning you can't get out of a menu you're in, so it's a reload. Accidentally click on a door you don't want to enter? Say goodbye to the next three minutes. Maybe a patch will fix most of these issues, and honestly, we hope it does. But right now they are inexcusable.

Pillars of Eternity II is a 9/10 RPG tragically trapped in a 7/10 game. The quality of the writing and world-building is unmatched, and the time-tested combat mechanics are meticulously tuned, but the outrageous load times and other technical issues are too upsetting to ignore. It's like sitting in a nice Italian restaurant, sipping a glass of wine and snacking on breadsticks, enjoying your date, and then the waiter comes and drops a dead dog on the table. Bad table, man. I ordered the carbonara. Now get that dead dog out of my sight.

Scoring policy
Review of the copy provided by Versus Evil