Breathedge review: You're in space!

Breathedge is a game about space survival the same way Subnautica is a game about ocean survival. The similarities continue from there. You start with virtually no access to the world, and by the end of the game go back to your early struggles and laugh. There's also a light base building element here, alongside lots of crafting.

While there's a lot of exploration and a good bit of grinding, it works remarkably well, even when the game makes a significant change in orientation two-thirds of the way through. The problem comes when Breathedge tries to be smart. Where the core gameplay works, the writing is more of a hindrance than it helps. World-building also doesn't have the same nuance as games like Subnautica.

However, Breathedge does enough to be its own game. Thankfully. It wears its influences on its sleeve and is happy to show it off, but there's a lot of great game design here. It is, after all, much easier to get lifeboats wrong than to fix it.

Breathedge Review: You're in Space! 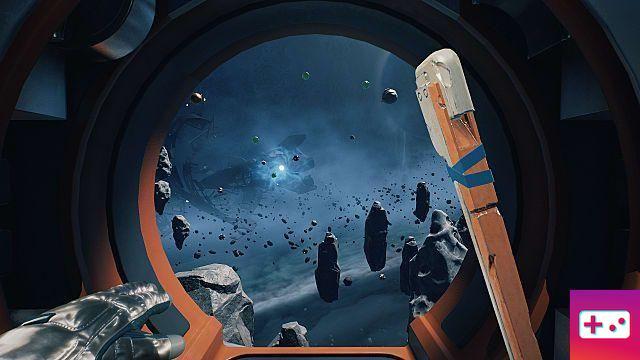 As Breathedge opens, you've just been through a horrific spaceship crash, and everyone around you is dead. It's your job to explore the surrounding wreckage and fight your way to safety. Your suit protects you from almost nothing and has almost no oxygen reserves. Getting anywhere fast is next to impossible.

The difference here is that you're stuck in space instead of water. And this difference becomes immediately apparent when you are forced to search for materials in all directions. And since the only source of oxygen available is the tiny shuttle where you start, your first excursions are brief and sometimes terrifying.

You also don't get access to useful tools, and the game has a bunch of terms you don't have context for. This makes your limited mobility an asset.

Once you've found a few upgrades and explored the initial area, the real fun comes in: resource management in space. The limiter is almost always your oxygen supply, and half the fun in the first two chapters is exploring and creating ways to extend your prospecting reach.

By the time you are able to significantly improve your mobility, the initial area is littered with the remnants of your problem solving. There's a delightful sense of satisfaction looking back at all the effort that went into getting to the later stages of the game's first act. 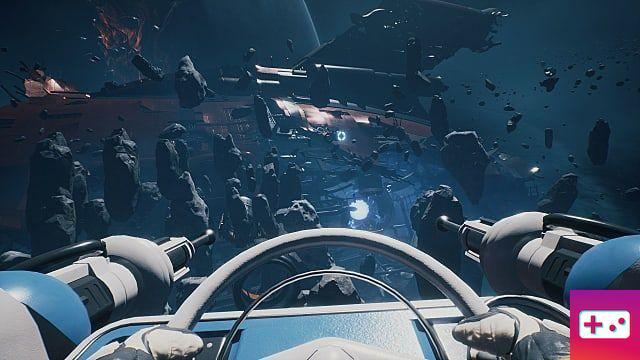 But there is a noticeable change as its second big part begins. What you have accomplished is quickly losing its significance and you are beginning to see the end in sight. The tools you have access to are not only more efficient, but they are bigger, faster and more powerful. Everything you've done so far becomes so small. And what the game asks you to do for these new tools grows with their stature.

Crafting in Breathedge follows the standards set by other games in the genre. Everything has a cost of “so much of this material, so much of that”. The more advanced items add extra steps between base materials and the final product, and the best gear requires more than just basic components. They need time.

The deployment of what can be crafted also follows a familiar cadence. You find the most common elements – the materials you use the most – early. The game also clearly delineates where you'll find specialist materials and, most importantly, blueprints for additional craftable items and equipment.

As you explore the space, the tools needed to progress become more specific and harder to find. Their use also becomes more specialized, and eventually some of your favorite gear falls by the wayside. 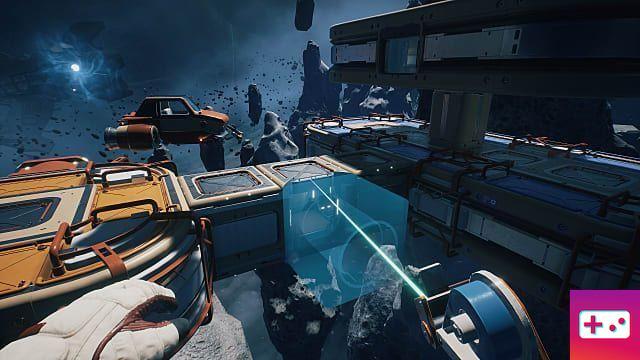 So it's unfortunate that Breathedge uses item durability. There's a reason for the story: your character, referred to simply as The Man, isn't a scientist. He's an ordinary guy forced into a horrible situation who needs to learn how to hack and hack it fast.

From a gameplay perspective, item durability also makes sense, as it forces continuous exploration of materials. Prospecting breeds curiosity, and curiosity often sends players to places they might otherwise go. These places might hide additional tools that will make your life a little easier.

The number of times you break an important tool at the worst time reaches tens. Especially in the beginning, when you learn what does what, how much of certain materials to keep, you'll probably spend more time farming materials than actually using your tools.

Eventually, you make gear that doesn't degrade or that degrades so slowly that it's unbreakable. At this point, your priorities have changed and collecting materials is at the bottom of your priority list. 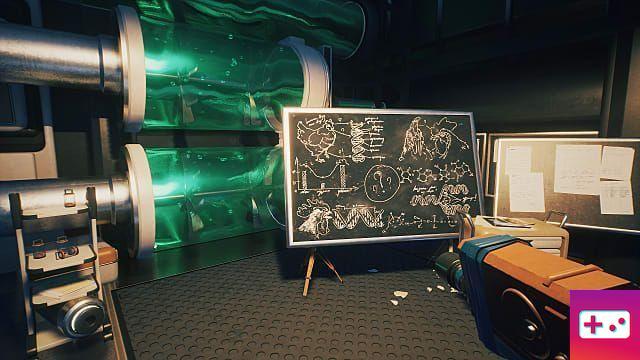 One thing you can't do anything about is writing and world building. The constant drivel that comes out of the game's narrator - your space suit - so wants to be smart but only ends up being a bore. Even when he's just giving you instructions or making a simple statement, dialogue should have a wink and a nod, and sometimes five.

The most abrasive aspect of this is the endless breaking of the fourth wall. Indeed, there's hardly a fourth wall to be found in Breathedge, which the writers themselves seem adamant about making clear. Used sparingly, or as part of a narrative moment, leaning on or even breaking the fourth wall can pack a real punch.

Some of the game's greatest moments come from speaking directly or indirectly to the audience. Bioshock, Ghost and Goblins, Metal Gear or “Your Princess is in Another Castle” are just a few examples.

Breathedge has no tact in interacting with the player. If he sees an opening, no matter how inappropriate, he uses it to talk about himself as a game or what you, the player, should expect, or why you should definitely be laughing right now. and why you are not.

Then there is the matter of world-building. 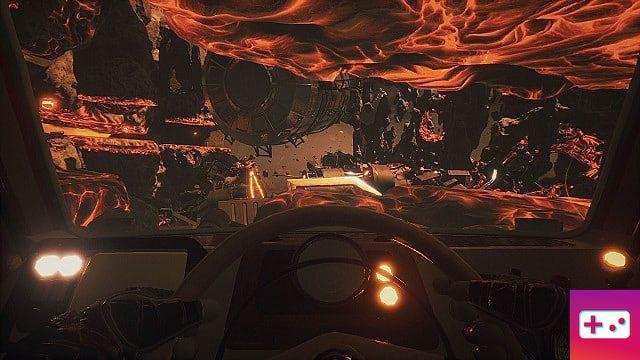 Breathedge's environmental storytelling, while competent, sometimes relies on tropes to the point of cliche. Events and locations in the story are predictable long before you set foot in them. The few surprises don't have enough narrative weight to impress beyond a few moments or a light chuckle.

Thanks in large part to the fact that it's set in space, there's a lot of empty air between the beats of the individual stories. And because it takes so long to move from place to place, each area is narratively self-contained. Even the main campaign hops between narrative settings, making the world feel disconnected, or more so than it already is.

The story is entertaining, thankfully, even if you know what's going to happen. No player will achieve this in the same way. This freedom is a credit to the efforts of the developers, and even the worst writing can't stand in the way of it. 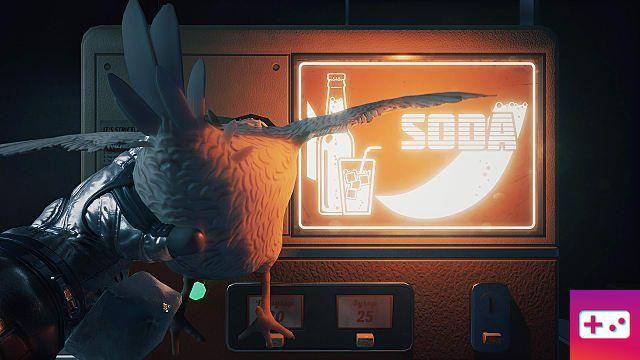 Breathedge isn't the greatest survival crafting game, but it is one of the most unique. There are some real moments of brilliance here. You have to seek to find the best aspects of its storytelling and find a way around the aggravating storytelling, but dig deep enough, and you'll find some amazing things.

The interaction between the exploration and crafting systems is also to be welcomed. The mechanics alone kept me playing even when other parts of the game were eating at my nerves. I wanted to see what the next challenge was, the look and feel of the next area. Regardless of any misgivings I might have with Breathedge, the game is fun on a basic level with plenty to love on top of that.

[Note: RedRuins Softworks provided the copy of Breathedge used for this review.]

Audio Video Breathedge review: You're in space!
Daymare 1998 review: A gruesome blast from the past ❯

add a comment of Breathedge review: You're in space!