If I had to describe Sakura Wars in one word, it would be comfortable. It might be odd to call it a game about defending a 1940s Tokyo against enslaving demonic hordes, but as you've probably heard, playing Sakura Wars is like watching an anime. . A light and easily predictable interactive anime.

This is not a criticism. Sakura Wars is full of personality and, even with dodgy combat, a surprisingly absorbing game. It has memorable characters and an even more memorable way to interact with them. 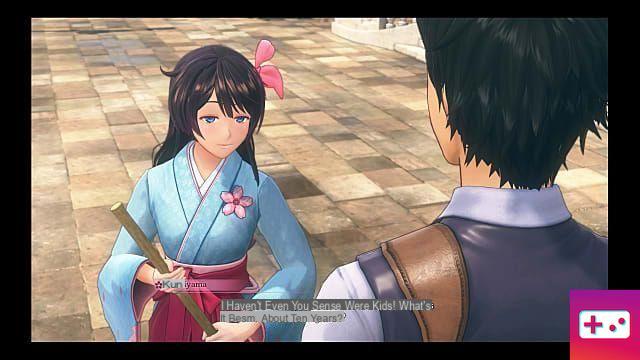 Most of the action in Sakura Wars is limited to big end-of-chapter segments. While that's technically where the story is and what drives the game forward, the best parts of Sakura Wars are in the adventure parts. Fortunately, these also make up the bulk of each chapter.

Sakura Wars PS4 is a reboot of the long-running eponymous series that only saw one more localized title for a Western release. You don't need any knowledge of previous Sakura Wars games to enjoy this one, but you'll find a number of throwbacks and easter eggs (like Flower Division Commander Sumire Kanzaki).

Here you take control of former Navy Commander Seijuro Kamamiya. After a disaster happened to his watch, Kamamiya was transferred to the Imperial Combat Revue in Tokyo. It's a theater troupe by day, but it's just a front for the real purpose of the Revue. The world of Sakura Wars is full of combat journals in major cities dedicated to keeping the demonic menace at bay.

There's not much beyond the overarching ideas other than this: demons want to destroy humans, and you're trying to stop them. Sakura Wars doesn't delve into the depths of human experience or speak eloquently about the nature of good and evil.


But this background and the story beats it makes possible are certainly one of the most unique in games and add a touch of distinction. The game's stunning animated visuals and beautiful fully orchestrated soundtrack only reinforce this distinction. 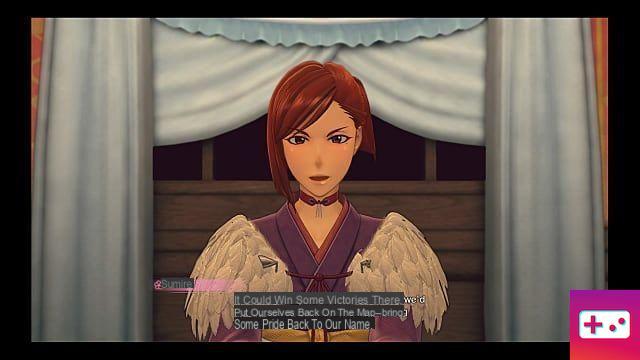 This incarnation of the Flower Division, however, is very luck-dependent – ​​heist-like and essentially inept. Kamiyama is tasked with leading the Flower Division as captain, improving sales at the Grand Imperial Theater, and boosting everyone's theatrical and combat performances.

A business simulation component would probably be a fun addition, but the actual running of the Grand Imperial Theater is left to your imagination (and some excellent animated scenes). Instead, you'll spend your days and nights getting to know the members of the Flower Division, learning about the obstacles they need to overcome, and discussing plans for improvement or participating in the Games of Revue de Combat, among others.

This all unfolds over a number of conversations with the division and theater staff, broken down into episode-like chapters, and those conversations are where Sakura Wars really shines.

Each chapter contains mandatory and optional "quests", although the events are probably more specific. They're all marked on the map on your high-tech steam telecom device, meaning you won't miss any events unless you want to. And you shouldn't. Even the silliest, optional dialogue events are worth experiencing thanks to the LIPS (Live & Interactive Picture System) dialogue system. 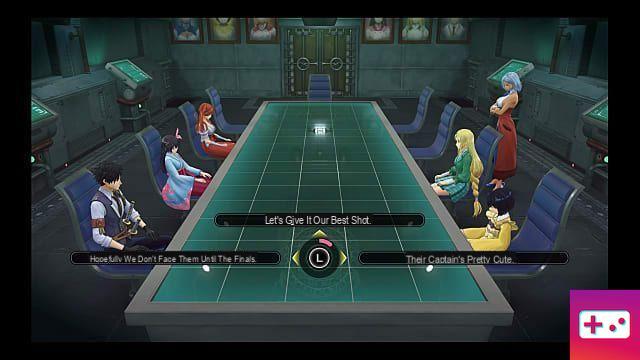 Almost every conversation in Sakura Wars initiates at least one dialogue junction where you have to choose between three different choices or remain silent.


These cover the full range of situations. There's seriousness, like deciding whether you should be brutally honest about Flower Division's lackluster performance, and just for fun, like deciding whether you want to be a jerk and give Azami a nickname you know she will hate. You'll know if you made the right choice with a happy little chime, while the reverse lets you know you did wrong.

That said, the Sakura Wars PS4 LIPS system doesn't seem as complex as previous entries in the series. For example, staying silent is rarely the right choice, there are no branching dialogue paths, and a good number of situations make it easy to land on the right choice.

The new analog LIPS segment, where you tilt the stick to gauge the enthusiasm of your reaction, is an interesting take on the normal system. However, it's not used much and never requires a lot of guesswork (for example, it's bad to check in on friends while they're changing clothes, so keep that meter low).

Still, those aren't really things you're noticing right now. Whether it's from LIPS' time limit for each choice or what, it's incredibly easy to get caught up in even the most minor scenes.

It also helps that just when I was starting to get complacent, thinking I knew how to handle the choices as they presented themselves, Sakura Wars would throw a curveball with an intentionally ambiguous set of options. And it also handles some of the seemingly easier ones. He'll frequently hold back the chime signal until a few more lines of dialogue have passed, letting you guess whether you did the right thing or not as everyone's reactions unfold. 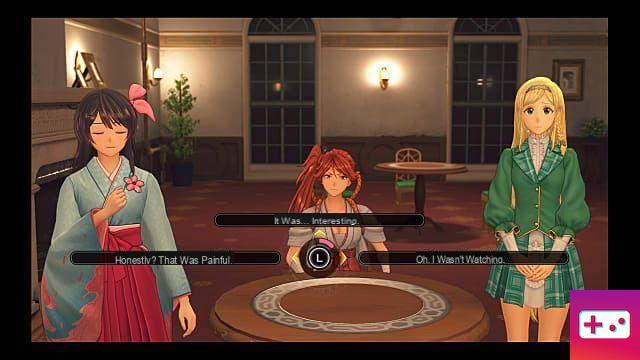 Whether or not you choose the wrong answer each time, your choices will not affect story progression. It's all about building trust (or not), which spills over into battle with morale boosts and potentially unlocks a special romance scene with your favorite Flower Division member near the end of the game.

You can make Kamiyama a jerk and a pervert if you want. But don't expect your friendships to blossom and expect to be punched in the face more than once.

I can't say that I don't want the choices to have more of an impact on different areas of Sakura Wars, but again, that's more of a side issue after the fact. It's all about enjoying the moment and enjoying the moment is much easier thanks to Sega's excellent localization.

The Flower Division and the entire supporting cast pretty much fall into the standard tropes - innocent girl with dreams, bookworm, tough girl, etc. But the script does a great job of giving everyone a distinct voice and going out of their way to make these tropes interesting. 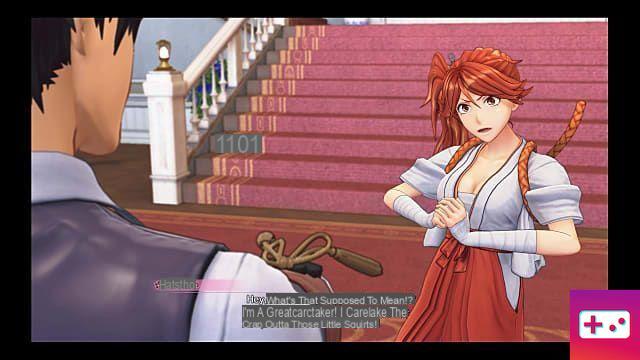 It's also worth experimenting with different choices to see what happens. You, the lucky reader, will get the chance to do so with a one-day update that introduces manual save and load instead of the default autosave feature.

Even though you can make Kamiyama a sleazeball, his default position is kinder and more gentlemanly, and that's an interesting part of Sakura Wars. It would be pretty easy for him to slip into that stale, toxic "father knows best" style. Yet even when Kamiyama helps the members of the Flower Division overcome their weaknesses, it's more about being the right person at the right time. These women can – and do – exist and thrive without Kamiyama. Want to make a difference? Be a nice guy. Be respectful. It's that simple.

Which makes one-on-one scenes a bit of an anomaly now and then. You'll unlock those special, intimate scenes with the girls you build trust with, and it's a chance to find out more about them while getting closer, obviously. These lead you by the nose until having you choose a number of topic or dialogue options before the scenes progress, and some of them are a bit uncomfortable. 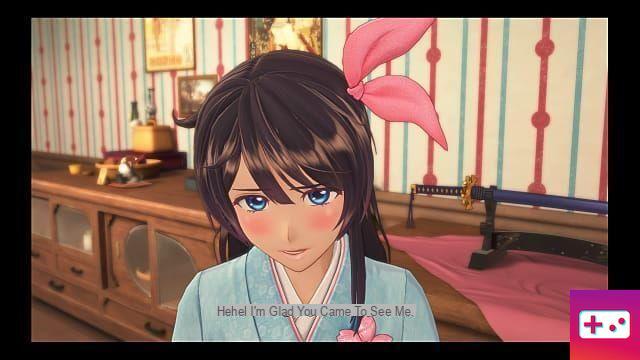 For example, you can notice a number of things about Sakura's appearance, including her hair, mouth, and skin. Then you have to choose several additional options to move the scene forward, such as stroking her hair - even when Sakura specifically asks you not to. He's tonally indifferent to choosing how you interact with everyone and honestly just seems out of place.

Outside of talking to everyone, you'll have a few seemingly random side quests to complete, and you can buy collectible photos called bromides from the memorabilia stall in the theater. The Koi-Koi Wars card game unlocks in Chapter Two, a card game as addictive as the characters say - if you can recognize the hanafuda card types. Otherwise, you will be horribly beaten (but it's still fun, quite surprising).

There's not much else to do until the end of each chapter, when everyone jumps into their Spiricle Fighters and takes on the demonic menace. 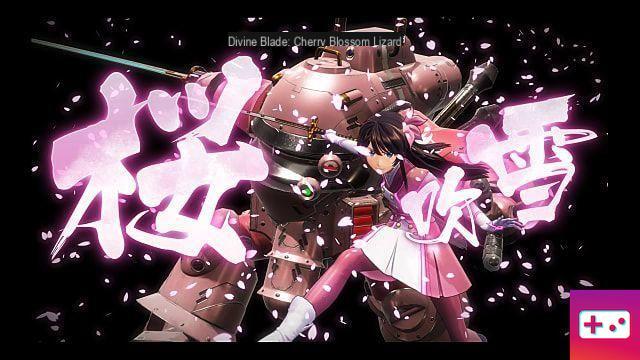 Sakura Wars combat takes a little while to warm up. It trades in the series' usual turn-based combat for musou-style action combat, for better or for worse. You'll face off against swarms of demons, many of which stand there staring at you before lightly slapping you on the head with their weapon and waiting for you to destroy them. And you will fight more. And more. And more.

I'm not going to lie: the combat section of the first chapter is quite difficult to pass. They are Kamiyama and Sakura, who both control the same thing. Combined with the same environments - a huge contrast to the bright and richly detailed normal world - it's actually quite boring.

As you progress through the game, you become associated with the main character of that chapter. They all have different skills, which means you'll have to swap between them to deal with different threats. It's a huge improvement from that point on, although Sakura Wars' combat occasionally strays into silly button-mashing territory. If you want a challenge, definitely play hard mode.

And yet, as I said at the beginning, it's quite easy to overlook the shortcomings of combat because it doesn't happen often. The really good stuff takes center stage. 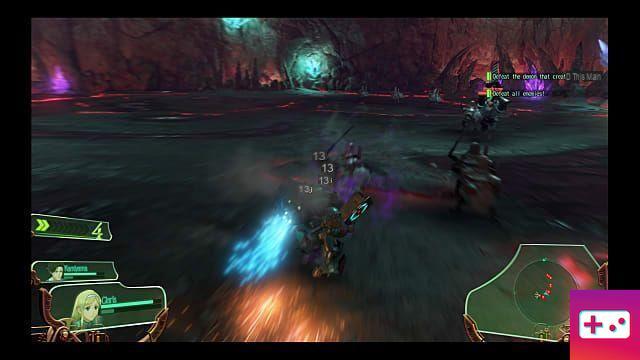 It should be pretty clear by now, but Sakura Wars isn't an RPG for everyone. If you don't like the dialogue, run away. Those who love it or are ready to try it, however, are in for a treat.

Of course, it would be great if your choices further affected the game or interacted with the rich world in more ways. But Sakura Wars grows on you, drawing you in with its charming cast of characters, gorgeous aesthetic and soundtrack, and engaging dialogue system.

It's a strong reboot, and I really hope it heralds an encore for the series. There's nothing else quite like Sakura Wars, and that's a compliment.

(Note: Sega of America provided a digital copy of Sakura Wars for the purposes of this review.)

add a comment of Sakura Wars Review: A Triumph (Re)Beginning